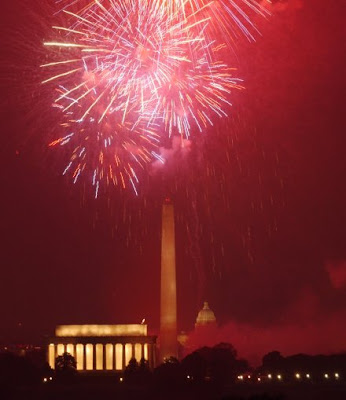 The July 4th weekend was special, manured by time. There was ample opportunity to spelunk deep books under the dapple of the maple. I adjusted my chair under the sun’s direction poignantly because time is poignant by definition because it’s scarce. It's terrible with its zero-sumness: everything we do is a choice that precludes something else.

But those five days were rich in memory! Rains like sons of thunder burst as I read Cormac McCarthy’s “The Road” and his rich apocalyptic imagery, even if it felt of déjà vu: a combination of “Cold Mountain” & “Love in the Ruins”.

I remember buying the Norway pines and loading them into the truck bed and snaking down Leap Road just shy of 35mph because Main was closed by the parade. I love the PBS special and the hardcore corniness of the Ameri-vangelist host, in this case 56-year old Tony Danza, who did ridiculous things like try to tap dance on national television. He was so out-of-breath after his dance number that he could scarcely speak but this was live, and live television is like a blog – full of risks but also full of the effervescence of the amateur. I loved it all, loved the show down to its traditional 1812 Overture finale flashing over D.C. skies once light but now poignantly dark. And even after Washington's and our local fireworks had concluded, I heard neighbors putting up their cracklin’ rosies in the four-acre field behind our house...What's not to love?
Posted by TS at 11:19 PM