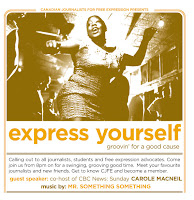 For those of us who use our left brains for a living, we risk becoming like malformed body builders whose arms are huge but legs are like sticks. Or long-distance runners where the opposite occurs.

Fortunately (?) there have been advances in technology that encouraged creativity and answered this felt need for office workers everywhere, and it is high time we recognize these technologies, be they for good or ill:

Sometime during the '90s a cool invention was broadly marketed: answering machines. These devices contained an opening for creativity in the form of a personalized greeting. Yes, before blogs or personal websites, there was the answering machine greeting. Sure it was a small window for use of one's creativity, but it could be changed frequently and it was remarkable how much variation and how much energy went into it. You could sing your greeting, you could make jokes, you could play tunes from the radio. In a bureaucratic, impersonal world, people exploited this small way to express themselves with disproportionate eagerness. It seems quaint now and it's likely no one summons much energy towards their personal greetings now.

Others went a bolder route: singing in karaoke clubs. It became a blog-like addiction for some. We met people who planned their vacations around karaoke, who would sing four or five nights a week. Karaoke is to professional singing what blogging is to professional writing.

I suppose it's understandable that my colleagues back in the old shop, when Ham of Bone was there, were starved to let a little of the right-brain out. My wife says that we had all this creativity seeking an outlet and enjoyed reading the PROFS notes that would issue forth in response to that need. She referred to them as "flurries" and to this day somewhere archived are evidence of our attempts at humor, mostly in response to a buzzword-laden corporate communication. An example is in response to a company-wide Profs note that described a security guard who helped out another employee with a fax. This was the tune upon which the boys riffed:

You will receive Interface Communications periodically to provide you with examples of our brand in action. These success stories highlight the impact individual employees and agents can have on our brand. They show how you can make a difference by reflecting our values and our vision of building lifetime customer relationships. If you would like to share your experiences, please send your stories to FEEDBACK.

Well you wouldn't have to ask us twice. Mired in juvenility and moderately despairing, we went at it and it wasn't always pretty. The best writer in the group, Jerry, begins by recounting the actual event before "ad-libbing":

Late in the evening of July 13, while Mark Jones was leaving his office, he noticed a fax that did not successfully transmit. After reviewing it, Mark realized the fax dealt with a very important matter, and his associate was attempting to send it to a wrong number. The fax was to a particular person in the regional office, and Mark did not have the correct fax number. He tried to find the correct number, but had no success. As a last resort, he attempted to contact the service center's toll-free number. Mark found out later that the person who answered the phone was an after-hours security officer. The security officer took the time to give Mark a number that shortened the amount of time needed to solve a problem and potentially saved an account. Mark's only regret was that he never got the security officer's name. The more Mark thought about it, not getting the security officer's name was very low on his list of regrets. After correcting his boneheaded coworker's fax snafu, he had xeroxed his ass and faxed a copy to the regulatory commission with the scrawled inscription "Here's looking at you. Love, Bob." Well, that career was down the toilet anyway. He arrived home to his dumpy little paint-peeling cape cod with 20 years left on the mortgage; the scruffy yard overrun with crabgrass, broken yard toys, and a noisy little flock of sniveling crumbcrushers, and surveyed his realm. King of this domain: this was the sum total of his life so far, and he became sullen and dead inside. His wife, a spent piece of used jet trash who made good bloody marys and kept her mouth shut most of the time, would meet him at the door and grouse about the latest mindnumbing household emergency or overdue bill. His car, now worth only a fraction of the balance on his lease, emitted fumes that gave him a low-grade headache and nausea as he tried to maintain his gladhanding salesguy facade on cold sales calls, trying to sell misleading and underperforming products to people who didn't want or need them, trying not to falter in a highwire balancing act that required him to meet monthly sales quotas while avoiding behaviors that triggered $100 million class-action lawsuits against his employer. No, one of Mark's main regrets was not leaving work in time to stop by Uncle Sam's pawn shop before closing so he could buy that pearlhandled chrome plate 9-mm Ruger in time for his upcoming trip to home office...

He was joking. We hope. Another, from yours truly, offered another story:

Mark ashed out a clove cigarette on his left pant-leg and gave a little yelp of pain when he discovered he'd chosen an extant hole in his pants. He was half-drunk after his secretary, whom he called his "little Margarite", left him in the throes, still tumescent. His promises had finally expired like curdled milk. But still he had reason to be hopeful; word had come from on high that he was going to be recognized bigtime for the time he followed up on an errant fax. He returned to the office and to his co-workers back-slapped him and gave him a couple bronx cheers. They said he had a surprise in his email. He checked his screen and he got some damn fool thing called "Interface Communications" which is what he thought he was going to have with his lil' Margarite. Boy, they loved those dual-purpose words don't they, he thought. Bi-sexual words that went both ways - could act as nouns or verbs - really got the big guys off. Must be some kind of subliminal appreciation that the word could do two jobs and thus cut out the salary of some poor schmuck single-usage word. He read the glowing account of his triumph, and looked in vain for some kind of financial reward. The lament went, "I saved some ass fax and all I got is a lousy thank you note." Yeah that'll pay that mortgage, you betcha. The crab grass'll have to stay......

Another took a more literal turn:

I have trouble imagining what the brainiacs who came up with the brand were thinking. Here is one possible rationale: Ad Rep 1: What we want, like, you know, is something that will remind everybody of good ol' AVIS everytime they see the brand. Ad Rep 2: That's Hertz dummy! Ad Rep 1: oh yeah. Ad Rep 2: well geez, here, let's see....what brand can we give that everybody'll associate with...

Along about this time, or actually a few years before, came the advent of personal websites. Amazingly they were free (or not, since they included advertising), and if it's free, it's for me. Geocities and Angelfire provided free internet server space. You could create your own webpages! How sweet was this? Needless to say I took great advantage of this even though literally no one knew about my site. But I did, and I knew it could be found, which was exhilaration enough. It's like the nudist who gets no thrill from being nude indoors, where there is no chance of being discovered, but rather outdoors, even though it is in the most remote place.

Obviously the reader knows what happened next: it rhymes with "log" and starts with "b". You're reading it. The perceived problem with personal websites was their lack of "freshness", their staticity and lack of interactivity. Blogs took care of both by offering interactivity in the form of comment boxes and with clearly identified fresh content updated daily. While with Profs and answering machines and personal websites there was always the sensation of it being too narrow a creative outlet, I think for most people blogs fills the bill and then some. I think blogs are the natural endpoint of the "express yourself" evolution.
Posted by TS at 9:04 AM