NRO television features the indomintable Justice Scalia, who received a 98-0 vote in his Senate confirmation.

In the latest Uncommon Knowledge, I was surprised to learn Scalia had never heard of the Chesterton quote, "The business of Progressives is to go on making mistakes. The business of Conservatives is to prevent mistakes from being corrected."

Here he is reacting to the quote, after which he added, "that sounds like Chesterton": 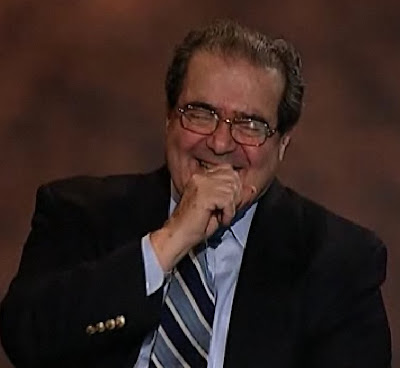