Went on a Heather King blog binge yesterday, lapping up two or three weeks’ worth in a single sitting. It was the next best thing to reading one of her books. She has a knack for finding great obscure quotes as well, such as meditations on the cross in Christian life by a French murderer and subsequent penitent.

The rank sun shines as I trudge/jog two miles. How woefully out-of-shape I am! But I plug on. Yesterday I carried 40-lb bags of mulch around the yard and am reminded how those carrying extra weight in the form of flab are, in some weird sense, athletes. It's a challenge carrying it!

There is no pint in going on,
when three I've had and more for sure,
next beer I drink I may well don.

Read yesterday's Dispatch and methodically gobbled up all the travails of resigned-in-infamy coach Jim Tressel of Ohio State. Then I consumed a Sports Illustrated article on the same. Deeply interesting to me given his charitable spirit, and famous Christian rectitude. I guess he thought the stakes were worth it - i.e. to lie to the NCAA in exchange for a possible national championship. Or, more charitably, he wanted to protect his players, despite his players being mostly spoiled brats. It's strange to think that he thought the university wouldn't read his emails when his email address is on OSU's domain. 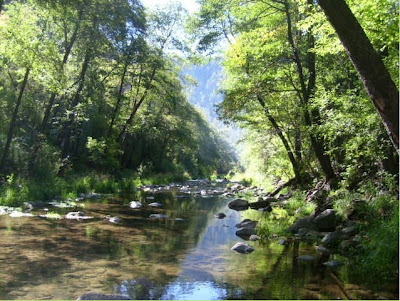 Hilton Head beckoneth. Three days from now we'll be on the road. Would like to stop somewhere on the way down, preferably near some hiking trails, but it seems many of the parks along the way don't look any different from southeastern Ohio. Certainly none look quite like that one-of-a-kind forest primeval that is the Great Smokies. Good hiking places = anything west and south of Colorado and anything in the Great Smokies National Park. To detour to the Real Thing would be an extra two hours, which I suppose is possible. The other option is a park in West Virginia which is the "crown jewel of West Virginia parks" though that might like being the best '12 Republican presidential candidate. Just kidding WV!

With the dentist, you just try to hie through an obstacle course of x-rays and visual examinations and hope your teeth pass muster. You're at cross purposes: the dentist's living depends on finding problems, while you hope he finds none. But it sure beats the alternative: tooth aches and teeth pulls.
Posted by TS at 9:20 AM