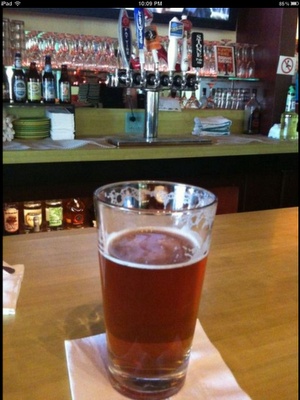 On Fr. John Corapi, now apparently just John Corapi, what can you say other than people are complicated? Most surprising is the fact he trademarked the phrase "black sheep dog" over year ago, well before all this happened. And there’s something creepy - even demonic - about the black sheep, the way the camera pans the white sheep in the eye of the black, and it slowly pans back to reveal the menacing black fur.

Hall links poetry and sex, which likely explains my interest in the former. He makes the observation that the dearth of women poets in earlier times coincided with sexual non-liberation. Makes it seem almost seedy to appreciate poets.

Mass with my folks at a different parish on Sunday because we had word that a foreign missionary whose speech was difficult to understand had given a 20 minute homily the day before at St Ann's. So we went to another to avoid that and ended up with - ! - a missionary from Ghana who was plainspoken and brief. He was inspirational in part due to his brevity, and the wisdom of his words, how when we do good to others, we do good to ourselves. When we do bad to others, we are hurt ourselves.

Life is all about making adjustments, just like major league hitters must.

On Saturday found a sunny hole in an otherwise cloudy day and so rode bikes, and Mom told me about visiting Fr. Jim and how his brother, the Irish Fr. John, was told by his bishop (back in the 1930s?) to go to a German parish and help to integrate a local church scene that had become somewhat splintered by language and custom. The parishioners wanted no part of this, and sent a petition asking the bishop overturn his decision. No dice, so Fr. John went there and won them over by sheer force of personality such that six years later, when he was to be assigned elsewhere, the parishioners sent a petition asking that he stay!

Watched the remake of True Grit, a riveting show produced by the Coen brothers. Spoiler alert: The odd thing about it was the ending, which showed the young spunky 14-yr old some 25 years later, a mean old spinster with part of her arm cut off. To me it was clear what the meaning of this was: when Maddie had the choice to choose which marshal she would hire to avenge her father's death, she chose not the best one, which was her originally stated aim, but the meanest. I thought this is a case where we become what we choose, or rather who we choose to be our hero. Rooster, played by Jeff Bridges, wore an eye patch and was cold and unfeeling when it came to killing although he did save the young Maddie's life at greats personal sacrifice. But when I went out to read several reviews, I saw little to no mention of the epilogue. In fact, one reviewer saw the story as a "conversion story". Go figure.

Anthony Esolen's columns are interesting if so self-consciously male. In his latest column he praises the book "One Flew Over the Cuckoo's Nest", a movie I loathed for reasons unclear although surely connected to the depressing and despairing nature of it. I actually almost felt sorry for the nurse in that film. Nor did I appreciate the callous disregard for life as shown in the end where one of the inmates kills Jack's character because he's been damaged, having been given a lobotomy.
Posted by TS at 10:42 AM