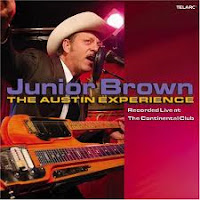 I got a star on my car and one on my chest,
A gun on my hip and the right to arrest
I'm the guy who's the boss on this highway
So watch out what you're doin' when you're drivin' my way
If you break the law, you'll hear from me, I know
I'm a-workin' for the state, I'm The Highway Patrol

So dinner with Bob* last night at "The Levee", a little Cajun cooking hole-in-the-wall praised by the Bass Brothers on the local radio station 610AM.  I shied away from gustatory boldness and got a chicken burrito (which was delicious).

Afterwards we headed to Macs saloon for a couple of beers, literally two for me, but only one for Bob. He of the small bladder went to the bathroom at 7:15 but then finds, on the ride home at 8, that he has to go again. Badly. There is no where to stop. He waits and waits through the hour ride until, 3 minutes from home, he knows he'll have an accident in the car. He takes a side road, pulls over to the shoulder, then finds his car on a decline. He puts the breaks on but the car is still inching forward, at about 1 mile per hour. He ends up in a ditch and can't get out. He goes to pee, then comes back to the car. He calls home and asks his wife to get a tow truck. A local police officer comes by and talks with sympathetically. The state highway patrol apparently hears the local officer calling into the station (apparently monitoring that frequency) and radios the local officer to hold Bob. About an hour later up walks the highway patrolman like he's God's gift to the world. "What happened?" he snarls, and Bone tells him. He says, "I don't believe you. Look at these tire tracks - I think you loss control of the vehicle and drove over the ditch. And I don't believe you had one beer - how come you smell so bad?" So Bob had to go through all the humiliating rituals, hopping on one leg, eye exercises, reciting alphabets, etc. Finally the cop says he'd let him go, but said he still doesn't believe his story. "If there were one scratch on that car I'd have written you up for reckless op." Another law-abiding citizen treated like a common criminal.

i always enjoy the exploits of you and "Bob."*

You said "Ham" in the body of your post, but I think I would've guessed anyway.

Sorry, but I have exactly zero sympathy for you and your friend. One my oldest friends lost her entire family -- husband and three kids -- in a fiery wreck caused by a drunk driver. Peeing on the side of the road is class drunk behavior, and the cop had every reason to stop and question you, even insisting on a Breathalyzer. Also, although Google doesn't help much here, "Highway Patrol" was written and first recorded by Red Simpson; Junior Brown's version is a cover.

hi to all...my wife agrees with Karen that "Bob" is/was an idiot