I left my dreary page and sallied forth,
Received the fair inscriptions of the night;
The moon was making amber of the world,
Glittered with silver every cottage pane,
The trees were rich, yet ominous with gloom.

The meadows broad
From ferns and grapes and from the folded flowers
Sent a nocturnal fragrance; harlot flies
Flashed their small fires in air, or held their court
In fairy groves of herds-grass. 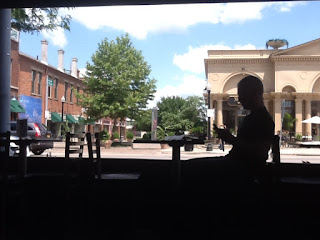 Unfortunately it's a coffee joint too hip for something so blasé as, you know, coffee, so I'm forced to order an expresso shot of less quantity than my dog usually drools during dinner. But I figured I had to order something to avoid gaucheness of taking up their space. I just didn't think it would take the gal so long to make it, especially while seats were rapidly being taken. I'd have rather just donated the money and gone without the expresso and the amount of time it took to charge my card could be measured in centuries. Fortunately by that time I'd reserved my couch seat and let her find me. 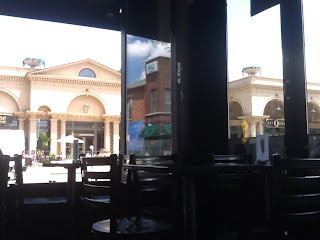 It's the sort of place I'd love to call my own - that rare combination of a dark, rich wood interior leavened by gobs of natural light via gigantic openings. Like a library exploding with light.

I don't know what it is that I like about a coffee(ish) joint, about landing in a place where I can write or read or people-watch out glorious windows on a glorious day. It appeals in my imagination.

Lots of gay pride stuff on the communal coffee table here. Not surprising given the Short North is a sort of gay mecca but I'm not exactly sure why being gay is a reason for pride any more than being heterosexual is. It's not something impressive, requiring hard work and dedication or natural skill. Pretty silly if you ask me but rather indicative of the decline of our civilization. Calling evil “good” is also an indicator. 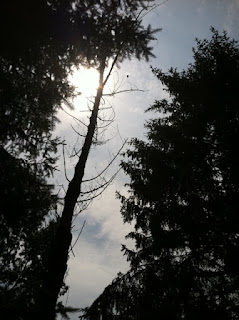 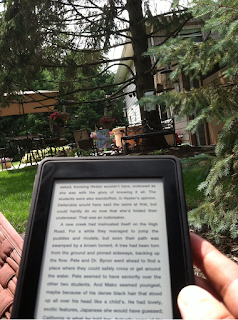 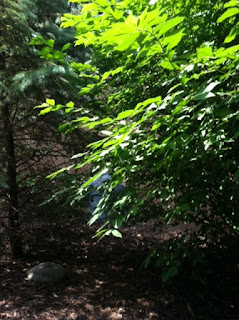 Mom thinks I'm underutilizing my writerly talents. I told her she didn't flog me as a child so I have little to write of memoiristically-speaking, and there's not a huge market out there for diaristic weather entries.  She called back and said maybe it would be better if I didn't write a book on the family because some would be hurt.
Posted by TS at 10:51 AM