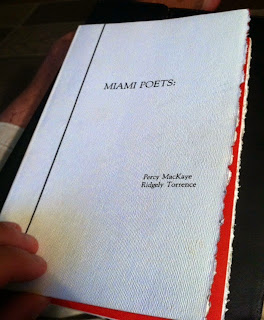 Check out the electrically charged wisdom of St Jerome (showing again that intimacy is not optional):


It is hard for the human soul to avoid loving something, and our mind must of necessity give way to affection of one kind or another. The love of the flesh is overcome by the love of the spirit. Desire is quenched by desire. What is taken from the one increases the other. Therefore, as you lie on your couch, say again and again: “By night have I sought Him whom my soul loveth.” (Song of Songs 3)

He waxes poetic amid the asceticism:


Born, in the first instance, of such parentage we are naturally black, and even when we have repented, so long as we have not scaled the heights of virtue, we may still say: “I am black but comely, O ye daughters of Jerusalem.”﻿

Author Tom Robbins writes in his memoir about being born on the cusp of Cancer and Leo, on July 22nd, and how his Cancer half wants to “live in a cave like a hermit and rarely come out.”

Astrology is frowned upon by the Church, but only, as I understand, to the extent we use it to discern the future or see the stars as superior to or replacement to God, rather than simply used to understand ourselves better. But while it seems nonsensical and irrational that the very month/day you were born could matter in personality, I certainly seem a fit to the Cancer astrological sign given my own hermetic tendencies. Perhaps it's not so irrational anyway. For one thing, there's often an underlying wisdom to ancient thought or custom that only becomes evident to science much later. And secondly, would it be so odd that someone conceived in the autumn and who grows in the womb during the cold, bitter months of winter, picks up some of the hibernatory feelings of his mother and father? The baby in the womb is far from insensate of maternal emotions and the winter is, normally, a less social time.

More from Robbins, in an interview:


I particularly like [writing] on rainy days with the skylight up above and the rain pouring down. There is something really cozy about it and comforting, and it has a tendency to turn one inward, to make one introspective and get down into what Hume calls “the bottom of the bottom of the soul.” The rain, it stimulates my literary juices.

If the astrological signs have any truth, and I'm not saying they do of course, then it seems the would apply as well to Jesus given he was fully human. The downside is we don't know when Jesus was born. Based on biblical and other evidence, John the Baptist's birth (based on his father Zechariah's time as High Priest) and other data, September is the mostly likely month of his birth, making Jesus most likely Virgo:


Virgo exists in the mind, everything is inside. To the world, Virgo presents a calm and collected exterior but on the inside, nervous uncontrolled intensity in the mind, trying to figure things out, how to improve everything, analyzing and thinking. Virgo has a constant drive to improve and perfect, this can lead to extreme pickiness and finickiest. They are pure, their motives are honest never malicious and they want to accomplish something.

Certainly that desire for improvement and perfection and wanting to accomplish something seems much like Jesus. And to the world he certainly presented a calm and collected exterior but one that matched interiorly.

What's interesting to me about natural inclinations is how much God intends them to be operative. Despite the fact that Creation is good, the flesh is weak and the spirit prized, so I'm not sure how much we should honor or accept the flesh. I guess the catholic view is grace builds on nature, rather than replacing it.

So, it's always feels like a whole different world when the boys come over. Our quiet-as-a-monastery home gets filled with hustle and bustle, laughter and tears. Filled with life in other words. It certainly feels like time is suspended or in some way altered. My consciousness raised or lowered, ha, I'm not sure which.

We started goldenly, with Kentucky Fried Chicken (I'm sticking to revered old name and not the KFC- initials abomination that strips pride of place). We ate out at our picnic table in “the forest” at the back of our lot. I'm always impressed by the different look and feel of simply sitting somewhere other than on our back patio. Whole different perspective.

What I've learned about children aged 2-4 is the tremendous amount of personality they possess, even at such an absurdly young age. The other thing that occurs to me is the incredible amount of learning and life lessons they will need to go through over the next few decades. It's stunning how much they don't know, of course, despite being “competent toddlers” given their sphere of ability. As do we adults, of course.

Read more of the Tom Robbins interview in a Kindle single. A hippie through and through, he wants to produce a reality show where they take middle-aged corporate men and given them a large dose of LSD and then follow them for the next 24-48 hours. “Fungi for the Straight Guy” he humorously titled it. Interesting premise, ha. Given my often unsavory and/or unpleasant dreams, it's hard to believe I would have anything but an awful acid trip.


You observe in [modern man] a flattening of the soul like the flattening of personality - the numbing of the life-spirit - detectable in those who, to escape the succubae that prey upon them, take medications that reduce them to a uniform mediocrity of temper, a dead level of tranquilizing inanity. It is the tragedy of Whig progress that, if it comforts the body, it dulls the soul - issues in a sedation of spirit that leaves so many of us unable to apprehend the divinity that shapes our ends, rough-hew them how we will.

Hmmm….well we've had a drug, namely alcohol, since the invention of agriculture so it's not a modern Whig thing, as he implies.

He also seems to link comfort - surely one of the gifts of modern civilization - as a bad thing, as something that leaves us unable to apprehend divinity. I can't really believe God wants us to live in huts in order to apprehend him better?

Still, his point about bodily comfort dulling the soul hits extremely close to home. There's a reason St. Thomas More wore a hairshirt and it wasn't for bodily comfort but for soul comfort.

Tom Robbins writes that: "Meditation, by the way, while generally effective at reducing anxiety, is useless as an aide to literary composition. By its very nature, a writer's mind is a monkey mind - and meditation, alas, kills the monkey."

Desperation is the mother of good writing? And good spirituality? witness Mother Teresa?
Posted by TS at 10:13 AM
Labels: because I can never think of a proper title