Did my annual German Village tour the other day since the weather was supposed to be picture-perfect (it was). I set out belatedly at 1:30pm, driving south a mile and then taking the bike out of the trunk and traveling down the cobblestone roads that lead to all kinds of visual (and olfactory!) treasures. German Village is a treat, a hideaway, a foreign land of beauty right in our own neck of the woods. Who needs Savannah or Beacon Hill when you have these sublime visions of quaint brick houses and rich drapery in the form of trees, bush and flower? 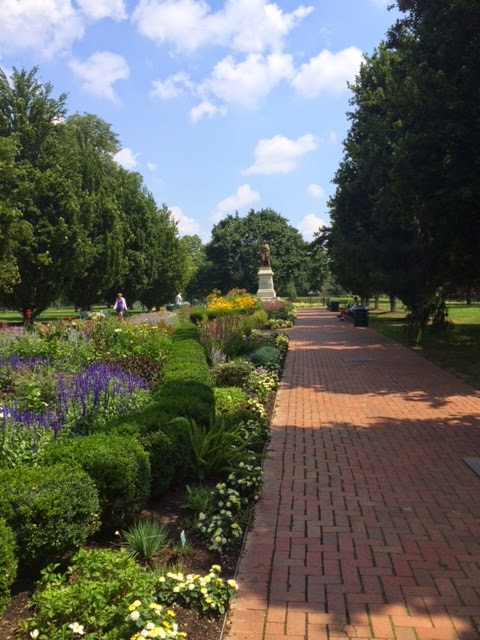 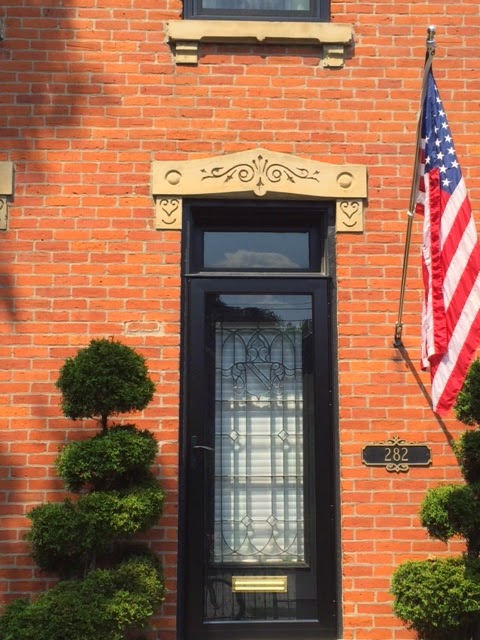 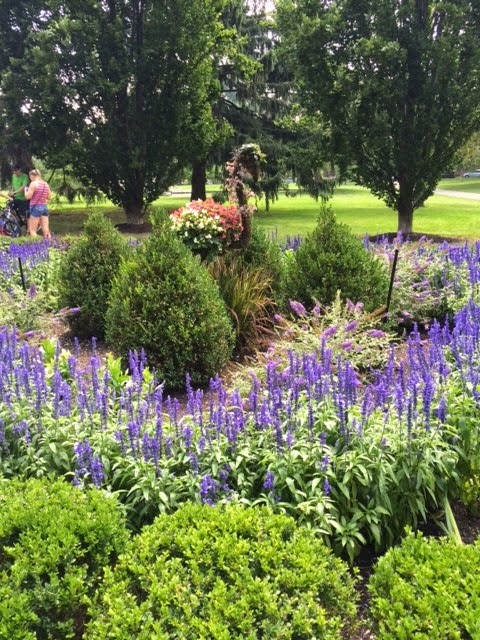 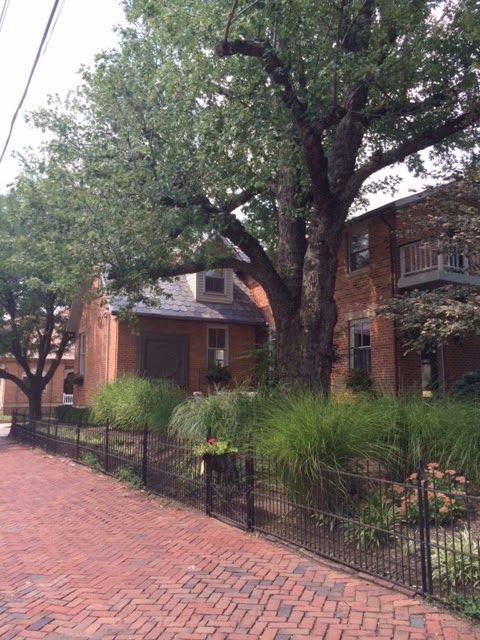 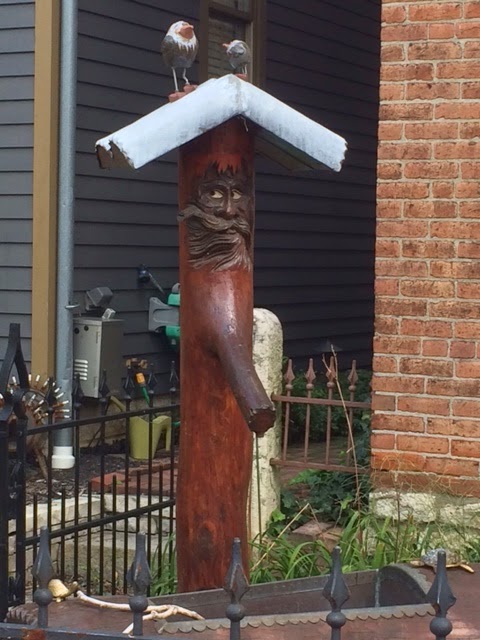 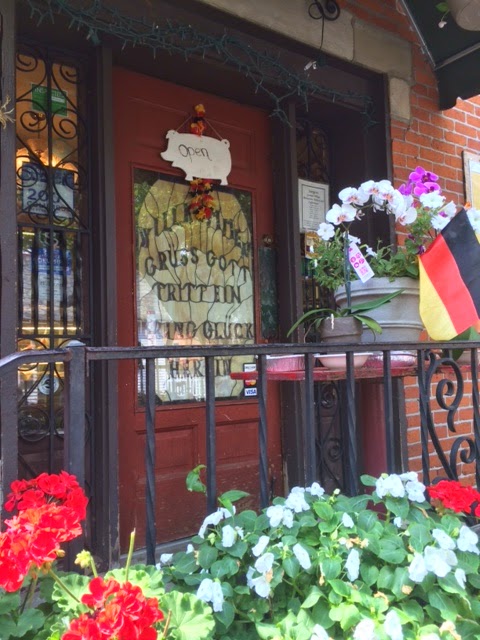 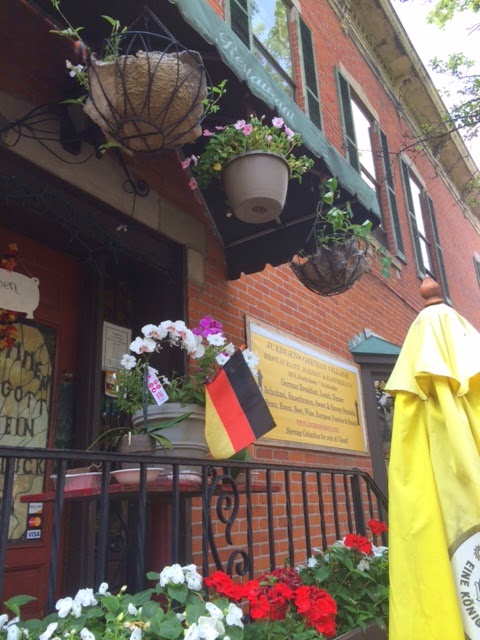 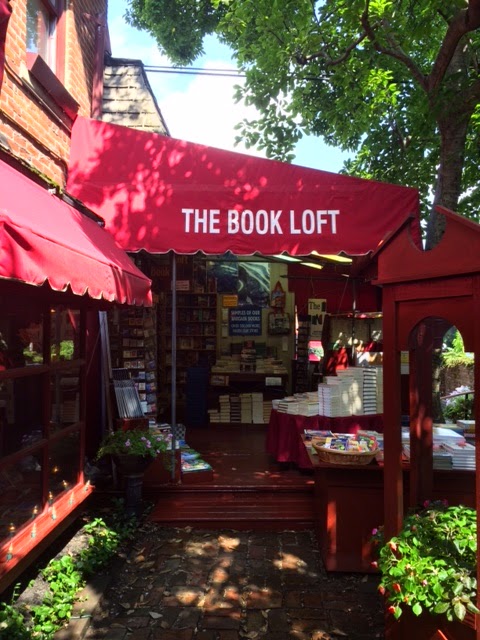 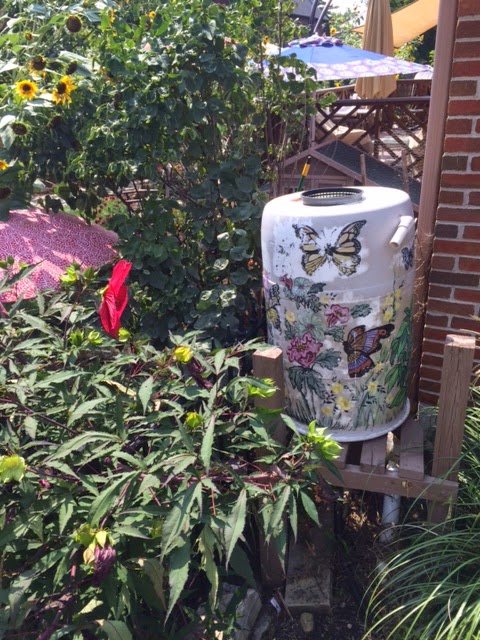 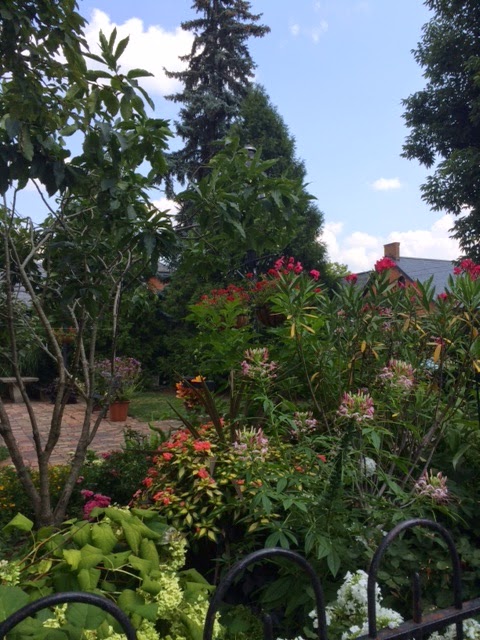 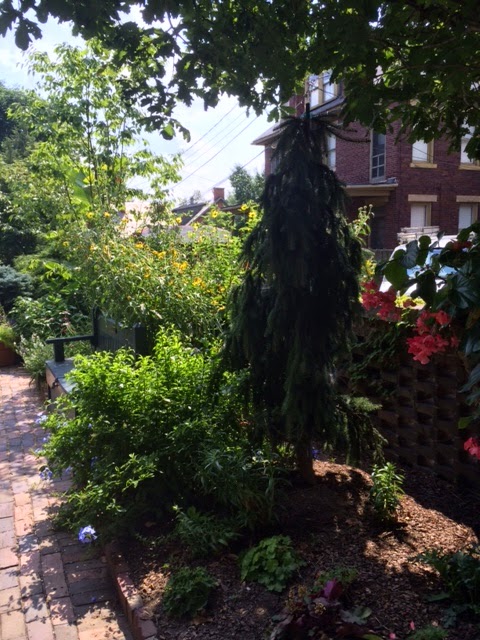 I biked about six miles, just going up and down the European blocks, exploring. I came across the famous Schmidt's Sausage Haus, which always looks to me like a movie set. Later I came across an even more quaint German restaurant (“Jurgen's”). Stained glass windows of lederhosen men and dirndl-clad gals. I thought: “why can't it be my birthday soon and why can't we go there for it?” Alas my birthday always seems to be smack in the land of Busy, and usually it's all I can do but to get us to nearby Nasty's, an anondyne sports bar with loud rock and fried food.

There are a few eccentric yards, with cryptic outdoor statuary or, in one case, a chicken amid the sunflowers. (Sunflowers seem to be especially popular down there.) Schiller Park exuded it's usual charm. A huge phalanx of flowers along the main throughway. And this year I noticed something I'd never seen before: a fountain of a girl carrying an umbrella, the water weeping over the sides of the 'brella. Nice touch, added in 1993.

Another cool find was a tiny little nook of a park, near the corner of 5th and Berger, that was once called “Dog @$*@ Park” when it was a dismal bedraggled lot. Then one year a green-thumbed volunteer turned that space into a glorious space to behold, “Frank Fetch Park” it's now known as, full of flowers and bushes, fountain and paver stones. I read briefly there on one of the benches as a way of prolonging the beauty.

Then wanted to see St. Mary's church but, unfortunately, it was locked up tighter than Shiite chastity belt. So sad, the end of an era. Used to be ever open, like a gushing stream. They do have noon Mass there though so maybe if I'd gotten there earlier I could've inhaled the spirituality and refreshment. A visit to German Village without St. Mary's is definitely not the same.

Headed to the Book Loft, 32 rooms of books (but who's counting?) as well...
Posted by TS at 1:08 PM
Labels: cell phone pics, State of the Weather address