From a Palm Sunday weekend retreat from the Fr. Peter of twitter fame:
____


“I can be a good person without Christianity, so what’s the point? Rules just constrict me and limit my happiness.” A 19th century philosopher said, “The ‘yes’ to God is a ‘no’ to man.” Christopher Hitchens called religion a “police state”, like North Korea. 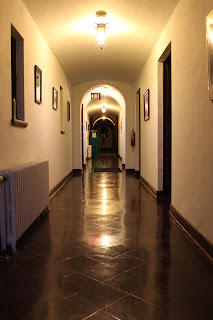 He admits life without limits is fun for awhile but then leads to despair. Modernity says people don’t have ends, no fixed goal...we create our own ends for ourselves. That’s the modern spirit. It’s controversial to see that people, things, animals, plants have ends (trees to flower in spring and leaf out for example). Sex is a good example - Fr. Peter said he can’t explain to someone what sex is for to a modern person because sex isn’t for anything in their eyes. The modern ethos is you can do anything you want until you prevent someone else from doing something. One problem is that when there’s conflict with someone’s else’s desire, strength wins.

We don’t pursue friendship or knowledge for its own sake because it’s not inherently worthy of pursuing, it’s just a choice I make. No reason for staying married if you don’t feel like it. No end, no reason to go I-71 south versus I-71 north because you’re not heading anywhere. The mindset is that nothing is inherently valuable about staying friends, staying married, raising kids, or serving others... Just distracting yourself till we die.

The problem is having no ends in the world starts with freedom, but ends in despair.

There’s a biblical diagnosis - biblical prophets made fun of Israelites who fashioned objects on the potter’s wheel and then knelt before them. Are we different? We make idols and worship the work of our own hands. What you worship is not bigger than you and can’t get you outside yourself. The odd thing about the ancient gods is that when people made up their own gods, they made cruel and ugly. They didn’t worship beautiful natural objects but instead crocodiles and snakes and these cruel gods asked for human sacrifices....

The classical (non-modern) view is that we discover what constitutes a good life. Modern view is we know it already via commercials. Christians have benefit of God informing us what is good for us. Limiting our options (religious/classical view of limitations and discipline) results in freeing you to purse excellence.

God isn’t into moral codes but to help us achieve our goal.

The purpose of God giving us directions and “limiting” our freedom is no different than complaining about how a GPS restricts us from using I-71 Northbound to get to Florida.

Having possessions doesn’t make you happy: you’ll either lose them or grow bored with them. And it’s not pleasure that makes you happy. An example he uses is he tells high school football players who don’t want to go through the practices and 2-a-days in the heat of August this question: what if I could have you sit in a quiet room and give you a pill that provides the exact sensible experience of winning a state championship. Would you take it? Most wouldn’t. It’s not earned. It’s not the same. Pleasure in and of itself is not enough.

Beauty and friendship are different. These are experiences worth having in and of themselves...it’s a feeling of fullness, like “this is enough”, like when listening to a great piece of music, like time has stopped.

What humans do is know and love. That’s what makes us different from animals and is our end. We can grasp things in a deeper way and we can therefore love things at a deeper level. “The human end is enjoying truth, goodness and beauty and friendship in community.”. Our end is good and valuable in itself...Develop the capacities to attain that end.

God says I want to be your father and friend. Christ thought about each of us individually while on the cross with his infused knowledge.
____

The lens of whole Bible can be viewed under the term “justice” or “righteousness” - it’s same thing. Bible is God manifesting his justice, and justice in society, right order in creation.

Levitical priests wrote or consolidated the book of Genesis as a preface to the Pentateuch during or just after the Babylonian exile in an effort to collect/consolidate in the same way that if your family suddenly becomes scattered you want to gather everything in scrapbooks and genealogies in order not to lose any of the history.

Deep theological significance in first eleven chapters of Genesis. Provides vision of what it’s really like to be a human. Shows what justice really looks like.

Adam and Eve can know and love, it was their special gifts. God gives tree for Adam and Eve to exercise their obedience, their free will.

Original sin is not a sin but a deprivation of original justice. It’s not meant to mean “the first sin”. God doesn’t hold us responsible for their sin. We are not directly punished. Adam and Eve were simply unable to pass on to us what they lost (we are one human body under Adam). This isn’t unjust because supernatural life isn’t owned to us.

Original sin doesn’t make us bad but limits our capacity to live fully human life. Can’t do supernaturally good things, like love God as father and friend. We see this in our tendency to sin.

The beginning and end of Bible are remarkably similar. Paradise in beginning, a better paradise in end. Story of Bible is restoring justice. God started locally, with Abraham. Israelites were intended to show other nations how close their God is to them, and how wise their laws were. 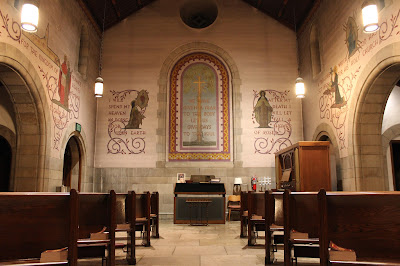 Natural law, judicial law, and ceremonial law. Only the first one is continued in our New Covenant times.

God re-teaches them natural law (Ten Commandments) that they should already know.

Judicial law, meant to manifest God’s holiness, was used to help Israel to fulfill their vocation. Laws like the jubilee (forgiveness of all debt every 50 years), and the periodical freeing of slaves, etc. Israel supposed to live in a special way.

Ceremonial laws were about worship...dietary laws and temple instructions ...Were supposed to give the people suitable rights to worship, God’s way of telling them not to sacrifice their kids but instead their lambs. Disciplines them to show them there is only one God, and to distinguish them from other nations so they don’t slip into other ways of living like pagans. And to prepare for Christ.

The Israelites intended the Temple to be a recreation of Eden. Supposed to be very beautiful, with opulence, a reference to creation. They were all to be united and in harmony, praying in temple. They were living the original vision of justice.

Part of the point of living without supernatural power is to make you long for a savior.

So judicial laws had role for that particular society, and ceremonial laws were meant to point to and foreshadow Christ...Only natural law is maintained because it’s still operative (Ten Commandments).

Jesus, in his person, radiated justness. Everything he did he restored justice. When Jesus eats with tax collectors, he is making a new Eden. Reshapes world to make it just. Healings bringing vision of justice of God.

It’s very unfortunate that a more Calvinistic and Protestant view of the Cross has been popular even with Catholic preachers. It’s called “penal substitution” and it’s not mainstream Catholicism. In it, God is pictured as wrathful towards humanity and take it out on Christ. The thought is that God the Father actually hated the Son while he was on cross because he represented sinful humanity.

The Catholic view is the death of Jesus on cross was threefold: satisfaction, sacrifice, and recapitulation.

Satisfaction means to satisfy by giving a gift of love to the offended person in a relationship greater than offense. It’s not math though, doesn’t have to be greater in earthly terms. It’s simply to demonstrate to someone that my lack of love isn’t the last word in the relationship. Jesus demonstrated a love and obedience greater than all the sins of the world. Since he was man, he was the offending party. Jesus is restoring right relationship with God via an intense act of love coming from human race. Jesus is man’s “yes” to God, as well God’s “yes” to man since he was both God and man. How he embraces us as God. It’s not the sufferings in themselves that were salvific but his love while they were going on. The suffering merely offered the opportunity. Suffering doesn’t save us but that WHILE that was happening Jesus loved. It was more powerful than all human’s “no’s”.

Sacrifice expresses his love by dedicating his whole body and blood to the service of God.

Judgement is merely saying what’s truth.. Cross shows the truth of the world, what the world does without God. It kills. The cross also reveals in Jesus, “this is what is possible with me.” In other words, it shows we can love to the extent Christ did.

We participate in that justice by being incorporated into Christ. By sacraments and uniting with Him in charity. We inherit the effects of God’s satisfaction. We are mystically re-crucified and raised with Christ in sacraments. Resurrection doesn’t reverse crucifixion but vindicates it.

Justification is the remission of sins and changes us on the inside and offers grace. We can’t earn this. There’s nothing you can do to prepare for it or earn it. No work you can do, after all, is worthy of the gift of supernatural life. Nor do we have the simple endurance to do good for long on our own.

His love is what makes us good, not he’ll love me when I’m good. It’s a pride/despair roller coaster if you don’t see it. Many get off the roller coaster by accepting moral mediocrity, saying God must not really care about that because he doesn’t want me on this roller coaster and so I’m just try to be an average guy.

Christianity isn’t about trying really hard to be good. It’s realizing how much you’re loved by God and letting God love you because God’s love is creative. God doesn’t love like we do: we see steak and whiskey and recognize the goodness in them and love them. God, however, loves us even when there’s nothing in us to love. Love, in God’s way not ours, is not a response to the goodness in things but instead His love creatively puts goodness in us. When God loves me new good is created in me. You get super powers with the Holy Spirit. You suddenly get wings meant to fly into the Heart of God and you desire yourself that nothing tie us down to earth that we may fly to Him. We beg him to cut the cords to the very things we think we depend on for our happiness.