There's been far too much to keep up with, too many remembrances, which speaks to the fecundity of his life, but here are a piquant offerings.
_______

At that lunch, we were talking about one of the best novels, Stained Glass, in which Oakes finds himself pressed into the service of realpolitik even as he acknowledges that the young idealist is actually in the right.

I was trying to recall the precise wording of the marvelous characterization of the Cold War made by the German Count in that book and, of course, I didn't quite get it right and Bill had written another two or three dozen tomes since and so couldn't conjure it, either. But I looked it up after the lunch: The character speaks of the division of Germany by a consortium in which one side "had designs on human liberty everywhere" while the other was "fatigued by a war that had roused its people from a hemispheric torpor which they once thought of as a part of the American patrimony—an American right, so to speak". I thought there was more truth in that than in the entire Le Carre oeuvre, and we then got into a disagreement about whether those opposed to the Bush project in the Middle East were merely the latest subscribers to the "American right" to "hemispheric torpor". Not an unpleasant disagreement but a civilized one ending with Bill flashing his splendid joyous toothy grin.

He had a very good aside in one of those thrillers: "By the way, Sally, does anybody ever confess to just plain 'reading' Jane Austen? I know only people who 'reread' Jane Austen." The Oakes books are well worth rereading.

Charles Kesler on his last meeting with WFB:

When we had finished, he toddled happily off to lunch, where the four of us discussed the sorry state of politics and the progress he was making on his next book, his fifty-fifth I believe, that he had agreed to call, The Reagan I Knew. His wrist was broken, his emphysema bad, Pat’s death weighed heavily on him — but still visible was the Bill of old. He knew now the weariness that Whittaker Chambers had warned him of decades before. But he did not despair.

Buckley at his desk

John at the Inn has a fine post here.

Yeats wrote a poem, “Beautiful Lofty Things,” about the people he had known in his youth. It is a bold and moving poem, because it is not about traditional subjects, such as love and death, or even traditional Yeatsian subjects, such as theosophy, but about particular people whose glory he asserts and praises. One of them was his father, a patron of the Irish theater. “My father on the Abbey stage, before him a raging crowd./ ‘This land of saints’ — and as the applause died out, ‘Of plaster saints.’/ His beautiful, mischievous head thrown back...” No one, I added, was more respectful of saints, more mischievous towards plaster ones. How beautiful that was.

Beautiful lofty things; O'Leary's noble head;
My father upon the Abbey stage, before him a raging crowd.
"This Land of Saints", and then as the applause died out,
"Of plaster Saints"; his beautiful mischievous head thrown back.
Standish O'Grady supporting himself between the tables
Speaking to a drunken audience high nonsensical words;
Augusta Gregory seated at her great ormolu table
Her eightieth winter approaching; "Yesterday he threatened my life,
I told him that nightly from six to seven I sat at this table
The blinds drawn up"; Maud Gonne at Howth station waiting a train,
Pallas Athena in that straight back and arrogant head;
All the Olympians; a thing never known again. 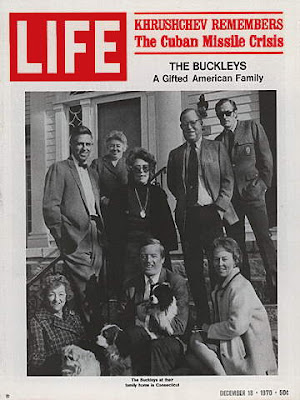 Andrew Malcolm: "As Buckley talked that evening, the world silently knew that Humphrey was dying from cancer, slowly and surely. But the Minnesotan wouldn't let on.

Buckley had been on a recent flight from New York to Britain, he said. The in-flight movie projector had broken so he was reading, legs crossed, Santa Claus spectacles perched on his nose. When, abruptly, a noisy rukus erupted behind and above him.

Buckley wheeled and there, coat off, sleeves rolled up, he saw Hubert H. Humphrey mounting a ladder and inserting himself into the broken projector situation and the aircraft's ceiling, muttering constantly to himself while he tried to fix the balky machine, without success as it turned out. "That's Hubert," Buckley thought with affection.

A flight attendant approached. She said the captain was a fan and was inviting Buckley into the cockpit to watch the landing in the London night. Buckley recalled being awed by the scene approaching ahead, the horizon aglow from the ancient city, the modern airport closer with all the lights, some flashing, many colored as the giant plane slowly descended through the darkness toward the earth.

Suddenly, the cockpit door flew open. 'Bill!' shouted the senator. 'What are you doing in here? Why wasn't I invited? What's going on? Oh, my goodness! Bill, will you look at that sight? Isn't that beautiful? Oh, my. Look!'

And, Buckley recounted, instead of the outside scenery, he ended up that night in the dark cockpit watching instead his dying friend in admiration, still excited, still himself, exulting at the world's beauty as he came down slowly for a landing at the end of a long trip.

Then, Buckley looked at me and took a sip of his drink. 'I hope at the end,' he said, 'I come in for my last landing the same way.' 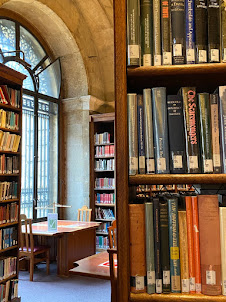