How a Sunday Spent Reading Became Something Else 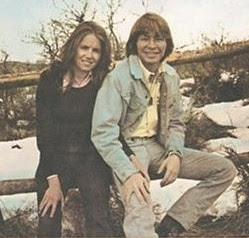 Today's windchill is said to make it feel like minus ten degrees outside but it feels much chillier. It's brutally cold. The out-of-doors is like forbidden territory, like the forbidden city in Beijing, and even the indoors is double-sweat shirt weather. Good time to read, I think. (For a reader I'm always amazed by how little I spend actually reading - unlike illustrious true readers like Julie Davis and MamaT and Steven Riddle.)

I begin with the bad news the newspaper brings such that I think it ought be renamed "The Bad News Dispatch". I learn some companies are dropping the matching contributions on 401ks and that feels like a moment, a sort of symbolic crumbling. Sure, it's better to do that than lay off people but there's a sense that the whole notion of retirement will become quaint in the future except for the very frugal. Even the once blue chip Ohio teacher pension fund is feeling blue. The three-legged stool designed to prevent poverty in seniors - pension, personal savings and Social Security - is beginning to look like a chair from the Three Stooges set in that it's designed only for pratfalls.

The other bad news arrived as I continued reading Jonah Goldberg's Liberal Fascism. He describes how Walmart and Microsoft were completely uninterested in D.C. and crass lobbying until competitors began begging the government to hurt them (Microsoft & Walmart) and suddenly Microsoft and Walmart were forced to pay "protection money" in the form of lobbyists and contributions. The sheer hopelessness of the situation was brought home to me, how big and powerful the government is such that it can bring private sector giants to their knees. If they can do it to Walmart they can do it to anybody. "Government by the people, for the people" maybe, but soimetimes government feels more like an ugly tumor with a mind of its own.

So I turned away from the bad news and went to the Byzantine liturgy and my mouth fell open involuntarily at the beauty. Pinch me. I had a seat up front, just behind the four cantors and their beautiful singing of beautiful words so oft repeated, such as our Christ as the "lover of mankind" and the consoling if familiar news that God accepts the liturgy of humans despite the heavenly presence of uncountable angels. St. Andrew's stained-glass window was beside me sporting his words "We have found the Messiah". Appropriate words in the Christmas season. I was caught up in this "Heaven on Earth" and the only thing that made its end palatable was that we would repeat it so soon - Wednesday on Christmas Eve. It'd been three or four weeks since my last Byzantine liturgy and I was obviously feeling the loss rather keenly.

I felt a calmness after having been softened by liturgy despite the day not going exactly as I'd planned. I'd imagined a series of langorous literary excursions under the auspice of the strong sun shining through the book room window despite the cold weather, but unbeknownst to me today was the annual Christmas cookie bake day. While pacifically eating Chinese food in front of the tube at 12:30 watching "This Week with George Stephanapolis", I was interrupted from psuedo-bachelorhood by my wife and then my stepson & his wife.

I could've said, "But I've barely read anything! My imagination is still in the throes of utter poverty!", but instead I said, "I could eat!" I walk downstairs with Kindle in hand reading Charles Chaput's admonishments in "Render under Caesar".

I'm committed now; I'd chose the belly over the mind. The reading life was whittled down not by large battalions but by single spies. It'd been nibbled away by the 'Net, by the lacklustre luster of a leather couch and by social interactions. The white flag flew as Sunday was expiring in the mist before my very eyes. We indulge in a Kentucky Fried Chicken family bucket and then talk and watch a little football and then a little "Arrested Development".

Sounds like a full and blessed day.
There will be those long, cold, quiet January days for reading.

PS - I keep reading about a prospective "Arrested" movie. I suppose it could be very good or very disappointing - either way I'd be an eager opening week-end attendee. Maybe we could all dress up like our favorite characters...

Yeah I sort of wanted to have a nice quiet day for reading before the huge holiday hullaboo up and coming but it was a nice day and to complain would be obscene. Didn't know they were putting out an Arrested movie!

We had cookie day too. Nothing went smoothly, though. While both of us can cook, neither is really a baker and the recipies are from the '40s and presuppose a certain level of baking talent and inclination. FWIW, my wife is of Irish descent, so there was copious yelling and not-infrequent foul language.

I even yelled once, when we had a coyote wander across the back yard. My hasty first reaction was to spook him by running outside and shouting 'git' rather than to incorporate more concrete reinforcement of the message. I still kind of regret being so noisily verbose.