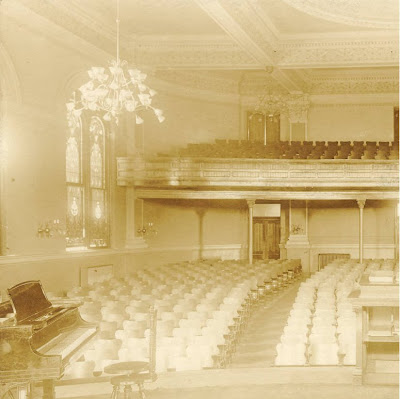 There are stained-glassed windows that adorn an enclosed corner of the building that contains our workplace. Curious things, I thought, curious enough to research. (Though hardly curious enough to interest any readers; label this a self-indulgent post.) 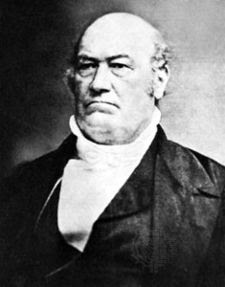 The windows were originally a hundred or so miles to the southeast. They stood in a hall (pictured above) dedicated to Thomas Ewing, a Catholic, and a U.S. Senator born in 1789. He was also Treasury Secretary and later headed up the Department of the Interior and last, but not least, was the foster father of General Tecumseh Sherman. His autobiography is here.

He was a "colorful country lawyer" who was taught to read by an older sister. "He soon demonstrated a healthy appetite for reading and a remarkable memory for what he had read. Until his twentieth year he labored on his father's farm. Nights, he devoted to the past time he enjoyed most -- reading."

About twenty-five years after his death, building began on Thomas Ewing hall on the campus of Ohio University. This source cites the November 1974 issue of Ohio University Alumnus Magazine as listing William Cotter and Sons, of Cincinnati, and the Riordan Company, of Covington, Ky., as the manufacturers of the windows. I can find nothing on the internet of these two companies or their founders. 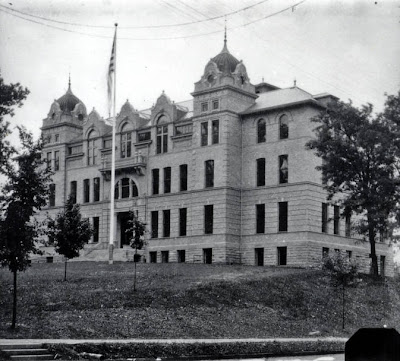 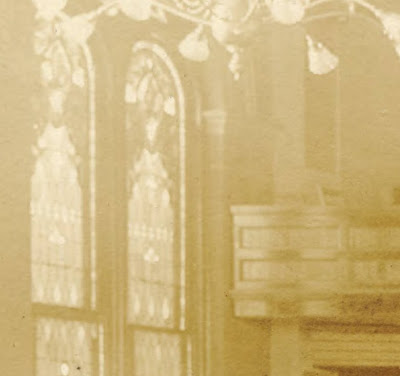 The building was "demolished in November 1974. The stained glass windows were salvaged, put in storage for nearly 30 years, then restored and installed in Walter Hall."

Well some of them were installed at my workplace, which are the ones shown above. Others installed in Walter Hall are of human figures: 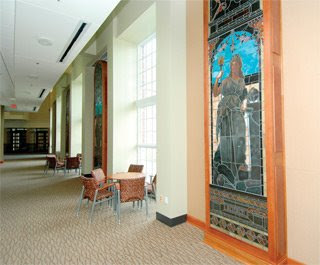