In past years, I've offered a set of limited edition artistic cellphone photos or LEACPTM for sale.

As a concession to the recession (rhyme unintended, so no charge!), this year's cellphone photographs will be marked down 20%, though only gold or gold equivalents will be accepted as I'm no longer accepting fiat currencies. Sorry.

As always, any asexual reproduction or other transmission of the following photographs is strictly uninhibited. 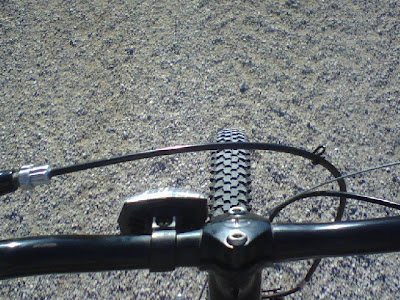 
This was taken on a sandy bikepath in southwestern Columbus, Ohio. This is an unretouched photo since the artist doesn't believe in photoshopping, believing that that practice saps the elemental authenticity that grounds all great art. The artist (for purposes of authenticity I must disclose that I am writing this, so don't be fooled by the third person references) sees in this picture the great dichotomy between the rough tread of the tire and the hard frame with the soft-ish sand. (Hmm...maybe Freud was right....) 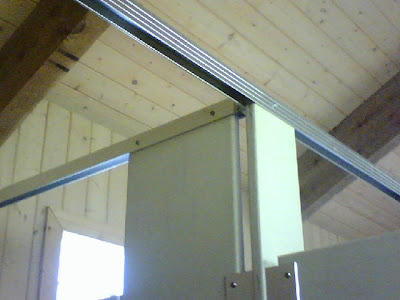 
The above art was captured via cellphone in the bathroom of local park. It suggests, or rather it screams, that beauty can be found anywhere, even in city park bathrooms. All one has to do is open one's eyes! 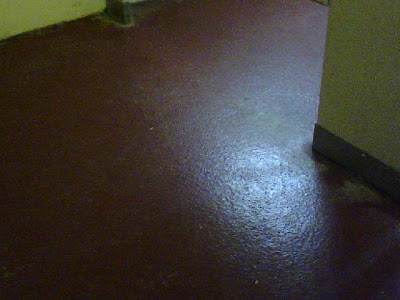 This, the floor of the same city park bathroom, can either be purchased separately or with its companion piece Interior Windmill. From the lyrical heights of the A-frame bathroom of the previous photograph, we descend to its blood-colored depths, a Dantean journey that moderns can understand. 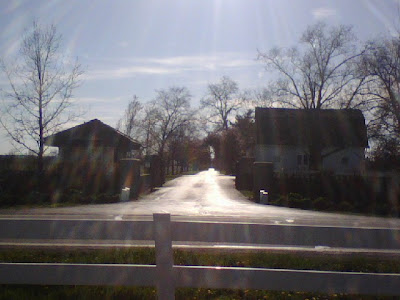 I'm not going to lie to you. This photograph was exposed poorly and didn't turn out the way I wanted it. That's why it's only $499 - my loss, your gain. This depicts the property of one of the major landowners in the area, a bastion of old money such that they have one of those little men in the hut at left to run the gates to keep the riff-raff out. You probably can't tell from the photo, but the driveway looks like it goes on for miles. I've heard they're actually raising bison.