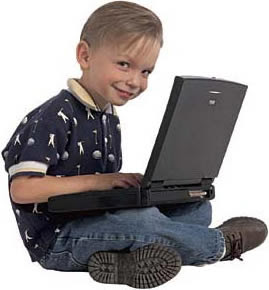 Another bleak week weather-wise, full of cold & sturm, wind and drang. Highs in the low 40s, pure November in mid-October. A cold summer followed by a cold autumn...

So it's Friday and I'm lit and writ starved. I'm famished for the ravishment of print, in this case Peter Matthiessen's novel Shadow Country but also for spiritual reading like Mother A's book on Scripture. Instead I write about it. Go figure. The CTS Bible arrived in the mail yesterday and it's goose-bump city even if the print is a bit small for middle-aged eyes. But it's a keeper. Jerusalem version with notes and the Grail Psalms - don't have any Bible like it. (I'm starting to feel like the Steven Riddle of Bible collecting even though I'm still a long way from his total.) The bible I actually use the most seems to be The Catholic Comparative New Testament, which has no less than eight parallel translations. It makes St. Paul's writings clearer when one reads multiple versions of the same verse. (Note to self: tell Mom that.)
_____

Water aerobics has been much more colorful than usual lately. A man in his mid-30s has been wearing a woman's bikini the last four to six weeks. It's caused, as you might imagine, much controversy and talk; suddenly my own presence has become passe. My wife reports that the girls in the lockerroom no longer sigh and say, "if only my husband came with me to water aerobics!", instead they say, "what is with that guy in the bikini?!" as well they might. I think he "loves to shock us" as Letterman said of Madonna. Perhaps the proof is in that he's stepping up his game, no longer satisfied with the mere bikini, he now stuffs the top and wears a wig. Our aerobics instructor cagily think he's angling for a lawsuit against the club, hoping he gets tossed. "Follow the money," they say, but I'd have never thought of that. I thought he was a cross-dresser/exhibitionist, and where else can you wear a bikini if you're a guy in cold Central Ohio? He's hairy, i.e doesn't shave his chest, and appears to be making no moves towards "becoming" a female. Your guess. is as good as mine. He says he'd like to change in the woman's lockerroom given all the hostile stares he gets in the men's, but heck what red-blooded American male wouldn't rather get dressed in the woman's lockerroom? But I digress.
_____

I feel about the Netbook the way I felt about the invention of the fountain pen. Well, okay I wasn't around for that. But I do feel this ability to write anywhere is something very cool. My typing is so much faster than my longhand. Plus I don't have to later transcribe it. The sudden new access to my journal reminds me of the thrill I experienced when I got my first PC in June of '98. Or at least that's when I started my journal.

I'm surrounded by my coterie of books. The floors are full-lit of light, amber wood, reflecting much of the incandescence it took to overcome the effects of "dark October", to coin a phrase. The books all smell like fine Rieslings, an aperitif of print and goo, or glue, and I stack them nearby like a rich man might his money. I count them and catalog them, inhale them, read them, write of them.

It seems unreal that so short a time ago I could read outside in a t-shirt, the sun radiating down as if it were the most brightly lit interior ever seen. I like the occasional gray day, it being restorative and restful, and for the muting effect has on extroverts. 'It's not so bad,' I think, in my warm house, playing netbook and drinking a Spaten Dark.

The thing I have to guard against, the great evil (or boll weevil) is television. That must be put off till 9 or 9:30. Must write, read & pray until that point. That's at least two hours a night, two hours that are easily frittered away. The summer discipline was to read out on the back patio - the non-accessibility of the television seemed to help. 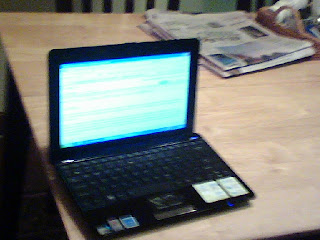 I remind myself that Kindle, Netbook, sat radio - it's all extraneous and possibly distracting from the true goal in life: holiness, not momentary happiness. Even now there's the temptation to think that there are other things out there that I'm missing out on, like the iPhone, or the Kindle DX (and a Wall Str Journal subscription) or MLB on the 'net, or a new desktop or ...?

One can easily see how easy it is to allow wealth to corrupt - my goal early on was to save like crazy and then let the time value of money occur and relax as I got older. But the problem with "relaxing" is less that the money is being spent - than the effect on us. Not only does it raise our standard of living before going into the leaner retirement years, but more importantly it can take our "eyes off the prize", that is Christ. Because there's nothing we can buy that is as helpful to us as is prayer and almsgiving.
_____

So I was in line for Confession the other day and a pretty young girl with hair so dark as if it were dyed stood in front of me. Given our height differential, I could easily see over her shoulder as she wrote in her diary. I was torn between looking and not; I wasn't entirely sure what the etiquette is. If someone is writing in plain view then do they mind if I read it? Is it like a blog in other words? I saw words here and there "prayer", "soul" and then looked away.
_____

Thinking about the parable of the prodigal son it seems as though both sons, at least until the younger repented, were focused only on the material blessings their father could give them. And they both didn't know what they had in terms of both spiritual and temporal blessings. How like us!?
_____

Steven Riddle has been bloggishly fecund lately; he's a Semiteophile and I think the Jews got it right in starting their year in the early fall. Everything feels so new and perhaps that's part of why Steven is so inspired. I love the way he's enjoying Melville and Joyce and despite my protestations to the contrary, I secretly love the opacities of folks like the ones he mentions. Lord, give me Melville or Joyce over Eudora Welty any day. It reminds me of when I translated some of Hernan Gonzalez's stuff and how more than a few phrases were untranslatable and yet that lent it a more fragrant air. Nostalgically it recalls to me my youth in reading tomes far beyond me. I can have the same feeling reading Joyce or Faulkner today. I really don't even want to understand everything in a novel, much as I really don't want to understand God fully, as laughable as even to suggest that is. A little mystery is good for the soul and keeps one hungry for more. For me, one of the most enticing things about God is how he is infinitely knowledgeable. No matter how long we're in Heaven, if we should be so fortunate as to make it there, we'll always be growing in knowledge.
Posted by TS at 8:44 AM

Diary is not a blog! Looking over her shoulder is like putting an ear to the confessional, which I suppose is the attraction to composing on paper rather than on a computer. Paper receives all the secrets and effluvium. Blog receives the cleaned up, picked over, and polished version with the tidy, inspiring ending.

True dat, diary is not a blog, but some of us are exhibitionists (see bikini man) and I thought maybe she was too, seeing how she was writing right there out in public.

But to paraphrase Wilde, I can resist everything but another person's diary. (Although in fairness to self, I would never read a diary where the owner wasn't giving an implicit or explicit okay.)

My aerobics instructor has deputized me as covert spy of said bikini guy in the men's lockerroom.

Perhaps I need to blog on Eudora Welty next, because she is like Hemingway--seemingly nothing there, but a wonderful depth to the seemingly trivial surface. But I need to work my way back around to her writing.

I kept a diary for seven years. As you'd expect from a badly socialised introvert, I'd write really private stuff even while in public.

Now that I think about it, I haven't seen any teenagers of late carrying around notebooks which could be private journals. Perhaps they've all switched to 'blogs?

Ha, E., I put that pic up of him and then realized I'd just put a pic of him up a few days ago. But a little overkill can't hurt so I'll pop him back up. :-)

Writing in a journal in public is an activity bound to attract attention because by definition it's a very solitary occupation. Especially if one's writing can be seen. However, in the case of the confessional line, I'd rule that an extension of the confessional itself and not peek. The girl can't help being short, after all.

So, being a guy, I'll focus on the technology rather than the diary: What kind of netbook do you have, and did you get one with a cellular wireless card, or just wifi? Do you have a full size laptop as well, or just netbook and desktop?

How do you find use splitting out between your "real" computer and the netbook? What do you use it for?

I got an eee Asus netbook - the keyboard is surprisingly easy to use and the price was right. ($299) I've never owned a laptop; kept waiting for the prices to fall and have had a long wait...

It's a wifi, so have to be in a hotspot for internet use. I use mine almost completely as a word processor, though I listen to music too even though the speakers are nothing to write home about (pun intended).

My "real" computer has become so slow that I'm tempted to use the Netbook as a replacement. In fact I'm using it right now!