"Mercy and peace to all. I am an Orthodox Christian and I echo the sentiment that the deutero-canon (aka apocrypha) is important. For example, some protestants today believe that to be physically healed all we have to do is pray about it and we'll be healed. And so every once in a while you read in the paper about these kids who've suffered and died because their parents refused to take them to the doctor. Now to be fair this is a fringe of protestantism but this is where such thinking leads. If you read Ecclesiasticus (Wisdom of Sirach) chapter 38:1-12 you'll see how it talks about the God-given honor due a physician. But...they took out the deutero-canon sometime after the 1769 KJV."

That reference in Sirach 38 goes:

Honor physicians for their services, for the Lord created them; 2 for their gift of healing comes from the Most High, and they are rewarded by the king. 3 The skill of physicians makes them distinguished, and in the presence of the great they are admired. 4 The Lord created medicines out of the earth, and the sensible will not despise them. 5 Was not water made sweet with a tree in order that its power might be known? 6 And he gave skill to human beings that he might be glorified in his marvelous works. 7 By them the physician heals and takes away pain; 8 the pharmacist makes a mixture from them. God’s works will never be finished; and from him health spreads over all the earth. 9 My child, when you are ill, do not delay, but pray to the Lord, and he will heal you. 10 Give up your faults and direct your hands rightly, and cleanse your heart from all sin. 11 Offer a sweet-smelling sacrifice, and a memorial portion of choice flour, and pour oil on your offering, as much as you can afford. 12 Then give the physician his place, for the Lord created him; do not let him leave you, for you need him. 13 There may come a time when recovery lies in the hands of physicians, 14 for they too pray to the Lord that he grant them success in diagnosis and in healing, for the sake of preserving life. 15 He who sins against his Maker will be defiant toward the physician. 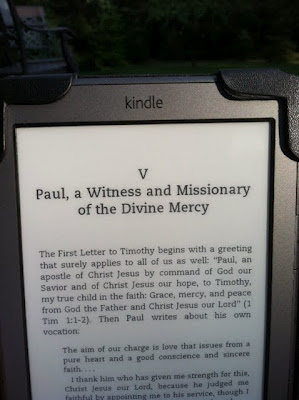