It's not often I recommend television shows, but this seems like a goodie: 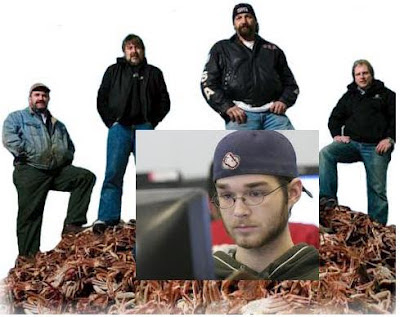 See if the cast members will "crack" under the pressure of computer programming in fifty degree below zero temperatures. Watch as they attempt to code on desktops set up on fragile ice floes north of Nome, Alaska.

Then after the season airs we'll take a behind-the-scenes look with in-depth interviews featuring all the programmers. Watch as Sharat Chidambaram tells his biggest secret, and see P. Singh break down after achieving his goal of being as bad-ass as his accountant father.
Posted by TS at 4:04 PM

This is a satire, right? Because if so, it's pretty funny. Let me guess: this is what real programmers fantasize about when they're at work but not doing any.

Correct on all counts! Satire combined with having done all I could for the day.