This, That, and the Other 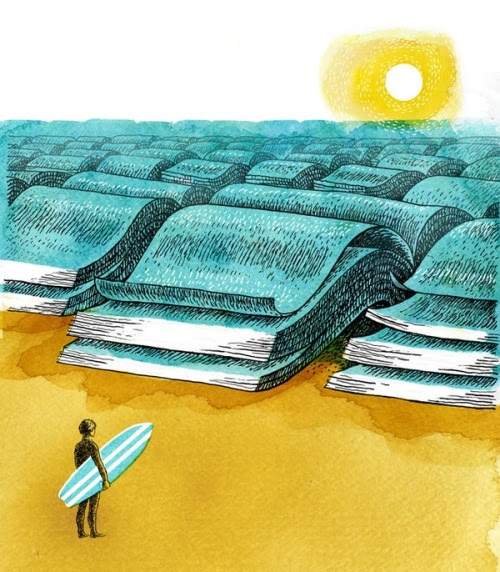 Faire daffadills, we weep to see
You haste away so soone.

—Robert Herrick
*
Poets are always taking the weather so personally.

Often on workday mornings I'll get up and let the words of the John Mellancamp song ring in my head, "...and somehow rise, and vacation down at the Gulf of Mexico." "Somehow rise," is how I often feel when a recalcitrant body meets the insurmountable object of shower/shave/dress. Mornings are ominously darker now, but I still hang out briefly today on the front porch, hoping for some sun swag.

Funny, the first flowers of spring do not much impress me. Tulips especially seem out of place, like false promises or inelegant juxtapositions. True flowers respond to warmth and sun - they don't gaily open when the snows of Kilimanjaro could still threaten. I prefer the hummingbirds and gold finches, the latter whose colors grow more brilliant with the summer. They seem to visibly share in my exulting in the weather. The properly Christian response, I suppose, is to appreciate the paradox of life in death, of a tulip defying the odds and seeming to grow without natural supports.

Mark Hart, the "Bible Geek" and author of several books on the Scriptures said on Lino's show yesterday that the Bible is often a "loving kick in the groin". (Not sure about the adjective "loving", but some similar-sounding ameliorative modifier.) It's interesting how people see Scripture as different things, as well they might given the huge variety in it (variety in terms of not only types of literature but in terms of the message delivered).

Some see the Bible as "love letter" from God. Others apparently as a "kick in the groin" (towards the loving goal of goading us to do better). "Who do you say that I am?" resonates not only with regard to Christ but with his Word as well. The key is to not take offense at "hard sayings", not to do as those who heard Jesus in John 6 talk about his body as food and blood as drink for example.

Am surprised at the variety and depth of Protestant Bible commentaries although perhaps I shouldn't be - if your position is "bible alone" then you're going to spend a lot of time and energy determining/supporting your exegesis. The problem is that almost all the commentaries available through Logos software are of that variety. Even Catholic bible commentaries are iffy in the sense of not having any Magisterial weight behind it (the Church has only spoken definitively on the meaning of a few passages) so it seems obviously even more iffy and speculative to accept a Protestant rendition which normally won't even be conscious of or accepting of the goal of "thinking with the Church".

“It is not for man to seek, or even to believe in God. He has only to refuse to believe in every­thing that is not God. This refusal does not pre­sup­pose belief. It is enough to rec­og­nize, what is obvi­ous to any mind, that all the goods of this world, past, present, or future, real or imag­i­nary, are finite and lim­it­ed and rad­i­cal­ly inca­pable of sat­is­fy­ing the desire which burns per­pet­u­al­ly with in us for an infi­nite and per­fect good… It is not a mat­ter of self-questioning or search­ing. A man has only to per­sist in his refusal, and one day or anoth­er God will come to him.” Simone Weil

Am slightly perplexed by the Cincinnati Reds surreal season. (Oh asterisk, thou maker of segues!) It feels like the world is slightly off axis, off-kilter, given how the Reds have won and won and won. On the other hand it's relaxing to be constantly looking at box scores of Reds victories instead of Reds defeats. It makes you feel sort of rich, looking at the standings and seeing your sports "nest egg" in such good shape, with a healthy 7-8 game lead well into late August. It's definitely a strange phenomenon, especially without Votto. They've won "only" 60% of their games this season but it feels sort of like 70-75%, I think because they've done ridiculously well since the All-Star break.

Of the starters I tend to think of Leake and Bailey as the weak links in the post-season, should the Reds make it there (and it would seem to take a colossal Red Sox-like fold job to NOT make it now). Ultimately it's pitching that wins championships, or so they say.

Regardless of what happens post-season it's been an amazing season already. Whoda thunk Ludwick would have 25+ home runs? Or that we'd have Chapman making the 9th inning a foregone conclusion? How many times have I heaved a sigh of relief (no pun intended), knowing that the game was over at the end of the 8th inning? The whole thing feels so strange for a small market team. The 1990 World Championship felt like a fluke given the lackluster Reds decades of the 90s and the 00s. Somebody has to be a Cinderella team and maybe this is the Reds turn.

Yesterday was presaged by a tragically foreshortened (due to getting up late) morning patio read. I did read a tiny bit of the blog of a Christian missionary and while it was compulsively readable it also was a bit depressing, given how far I've got to go towards holiness. She seems something of a "justice craver", painting most of the First World as "strangling on comfort" while the Third World desperately seeks the basic necessities. She also said she found herself becoming legalistic in terms of judging people on things like what sort of coffee and chocolate they consume -- I assume because of the slave labor conditions of some coffee and chocolate farms. Made me want to go back to buying my chocolate, at least, from "Fair Trade", a division of Catholic Relief Services that sells chocolate that gives a fair profit to the workers. More expensive and not as good, which is sort of a bad combination though I think I'll go back to Fair Trade for my next one. It appears my coffee of choice, Green Mountain, is a good corporate citizen. Based in lefty Vermont, I doubt it would be involved in rapacious trade practices though Michael Moore, of all people, treats his employees like dirt so you never know.

"My per­son­al expe­ri­ence, indeed, is that the inges­tion of alco­hol, in the mod­est quan­ti­ties I affect, is not only not dam­ag­ing but actu­al­ly very ben­e­fi­cial. It pro­duces in me a feel­ing of com­fort, of ami­a­bil­i­ty, of tol­er­ance, of mel­low­ness. It makes me a more humane and sym­pa­thet­ic, and hence a hap­pi­er, man. I am able, thus mild­ly ether­ized, to enjoy and applaud many things which would oth­er­wise baf­fle and alarm me. . . And that effect is not mere­ly idio­syn­crat­i­cal, but uni­ver­sal. It appears in all nor­mal men. Alco­hol in small doses dilutes and ame­lio­rates our native vileness.” - H.L. Mencken

Coworker Neil seems to be landing on his feet. After 28 years at the orifice he's going to retire to his three acres, raise chickens and restore an old barn. Says that he originally bought six acres up in Mount Vernon but that the hour drive seemed too much, so he's selling it.

I told him I'm "right behind him" retirement-wise but when he asked how long I had and I said six years he said I wasn't right behind him at all. I said time is supposed to go faster as you age but another guy at the party said that's true up until the time before retirement when t-i-m-e ss-l-l-o-w-s d-o-w-n. I guess I can believe that. The light at the end of the tunnel just makes you watch the pot, to badly and baldly mix metaphors.
Posted by TS at 9:57 AM

That one line from "Teddy" is worth the whole of The Catcher In the Rye.

On the Mencken quote, I give you Sirach 31:27: "Wine is very life to anyone, if taken in moderation. Does anyone really live who lacks the wine which from the beginning was created for joy?"

Nice, thanks Tom. Wasn't aware of that verse or the sketch. Sent the Youtube to my stepson who will likewise enjoy it, though not as much as that 2nd drink!

I want to second and third Mencken's endorsement of alcohol. In other words, I'm endorsing his endorsement.

I'll fourth his endorsement, maybe by having a fourth beer today!