Sitting in a hotel room in lovely downtown Toledo, Ohio (alas, not Spain). It's a city with a sad reputation from my youth ever since I heard the words to the John Denver song: “Saturday night in Toledo, Ohio is like being nowhere at all” and “I once spent a week one day in Toledo…”. Ouch, not good pub for T city. So unfair.

I'm overlooking the Maumee River (sing to "I'm looking over a four-leaf clover"). It looks a lot like the Great Miami or the Ohio. Midwestern rivers tend to have a similar look and feel. Just now, though, there's excitement: the roadway bridge has become vertical in order to let a big ship through, presumably on its way to the Great Lakes. The ship's name is “Saginaw” and you don't see that in the Great Miami river. The 'net tells me: “The lake freighter Saginaw was commissioned the John J. Boland, in 1953, the third vessel to bear that name.” She's heading due north, towards Lake Erie.

Turns out I'm only a few blocks, maybe a 15 minute walk, from the minor league baseball stadium. I checked and lo and behold the Mudhens are at home, and playing right now. I wanted to find reasons not to go, mostly just out of laziness I suppose. But really the idea of seeing a baseball game isn't overly appealing for whatever reason, despite the serendipitous timing.

On the drive listened to Brian Lamb interview Gregg Easterbrook, who talked about his book about football. Easterbrook brings up interesting points about the greed of those who run football, of how team owners ask taxpayers to pay for stadiums that will enrich the billionaire, how college football teams rake in 40-50 million dollars a year and only 10-15% goes to the school (the rest staying within the football program in order to build ever more palatial workout facilities and jack up already high coaches salaries). More football coaches at Ohio State than teachers at the English department. Over 40 assistant coaches at universities get paid more than the school's president.

Easterbrook also brought up the question of whether football is a cult. He said now that politicians, clergy and CEOs have become disrespected, arguably the only figure still respected and admired in America is the NFL football coach. “They alone show tough love,” he said, "and have become father figures to us.”

And the biggest tragedy he mentions is of course the brain damage suffered by so many high school and pre-high school football players. Forty thousand concussions annually in the high school ranks alone. One of the Supreme Court justices, Elena Kagan, told Easterbrook she was a big football fan but wondered if it she should be.

There's nothing like atmosphere while reading. Reading in comfy digs next to a large window overlooking a city is a pleasure, almost as good as reading in a grand library. Motivating. I had wanted to check the television to see if a baseball game was on but reading got in the way. Always hard to have time for both TV and books. Had stopped by St. Patrick's Historic Church on the way to the hotel but it was locked.

Strong a/c in room aids and abets sleep.  Dreams vivid and “funding” the later sleep. Want to see what happens!  After the deliciousness of sleep came the deliciousness of coffee. Lukewarm, but still. I made two cups and poured them into the thermos right before I left last night. Saves the grogginess of trying to figure out the oldfangled coffee makers they have in most hotels. Not the least of which involves moving water from bathroom to table area.

Am glad I didn't walk the mile and a half from hotel to museum given that I was already arrived a half-hour late. I thought it no sweat, figuring the museum would give me at most two hours of intensity. Boy did I misunderestimate this one! Really good stuff. Spent four hours and it went by like a minute, and I didn't even see everything.  John Denver obviously never went to the Toledo Museum of Art. Entering a good art museum is like entering another world. Museums of modern art fail on two counts: one, never any religious art. And two, extremely ahistorical. With the old school art museums there are at least three effects for me:
What struck me religiously-speaking include:
On the historical front:
And on the beauty front:

Too many to mention, but there was a painting of Ophelia, the tragic Shakespearian character, that was exquisitely rendered beyond words. A flying bluebird nearby added to the magic.

All too soon it was 2:30 and I figured I'd better run to the car in order to escape rush hour traffic when I neared Columbus two hours later. Had to drop the idea of visiting the Cathedral of Toledo, Rosary Cathedral. Also no time to explore some vaguely recalled Indian story/memorial from John Switzer's column in the Dispatch a few months back.

Went past the Mudhens stadium and saw, with a pang, that it's open at the street and you can watch a game for free if you want to stand. So I could've soaked in some ballgame ambiance last night free of charge, although the real impediment was the desire to read instead.

Onstar let me down on the way home. I asked for a route to avoid the boring and jammed US 23, a dual-ponc. The advisor then gave me a route that went through 23, at least that's what my display said after we hung up. Called again, same result. I asked her to read the route to me - obviously her computer says one thing mine another. So I smartly used my smart phone to give me the better directions, i.e. through Marysville, Oh, and later - at that proverbial fork in the road - called Onstar a third time just to let them know about the error although really I wanted an “I told you so”. But of course you get different operators each time, a nice gig if you can get it since if you're an operator because you never have to be mistaken. I should've called a few miles before the fork in the road so they could observe in realtime the error. As if it really matters in the big (or even little) scheme of things!

The smart phone app led me through graceful Ohio towns time forgot, like Dunkirk and Kenton. Who knew there was a Dunkirk, Ohio? Picturesque and often interesting, I saw a condemned-looking house with the “Jesus Saves” sign in the yard.

Home by 5, I had to immediately do a boring, pointless run through the dull neighborhoods adjoining my house because it's been four days since my last run and I really don't want to be a big, fat idiot. Just being an idiot is enough!

So, alas and alack, my four-day weekend has ended. I could use one more day, just one. last. day… I remember like it was yesterday (because it was!) that crazy five-lane highway that up and went vertical to allow a ship to pass. And I recall like it was yesterday that anticipation of painterly goodness, of a fresh soak in the sea of art. 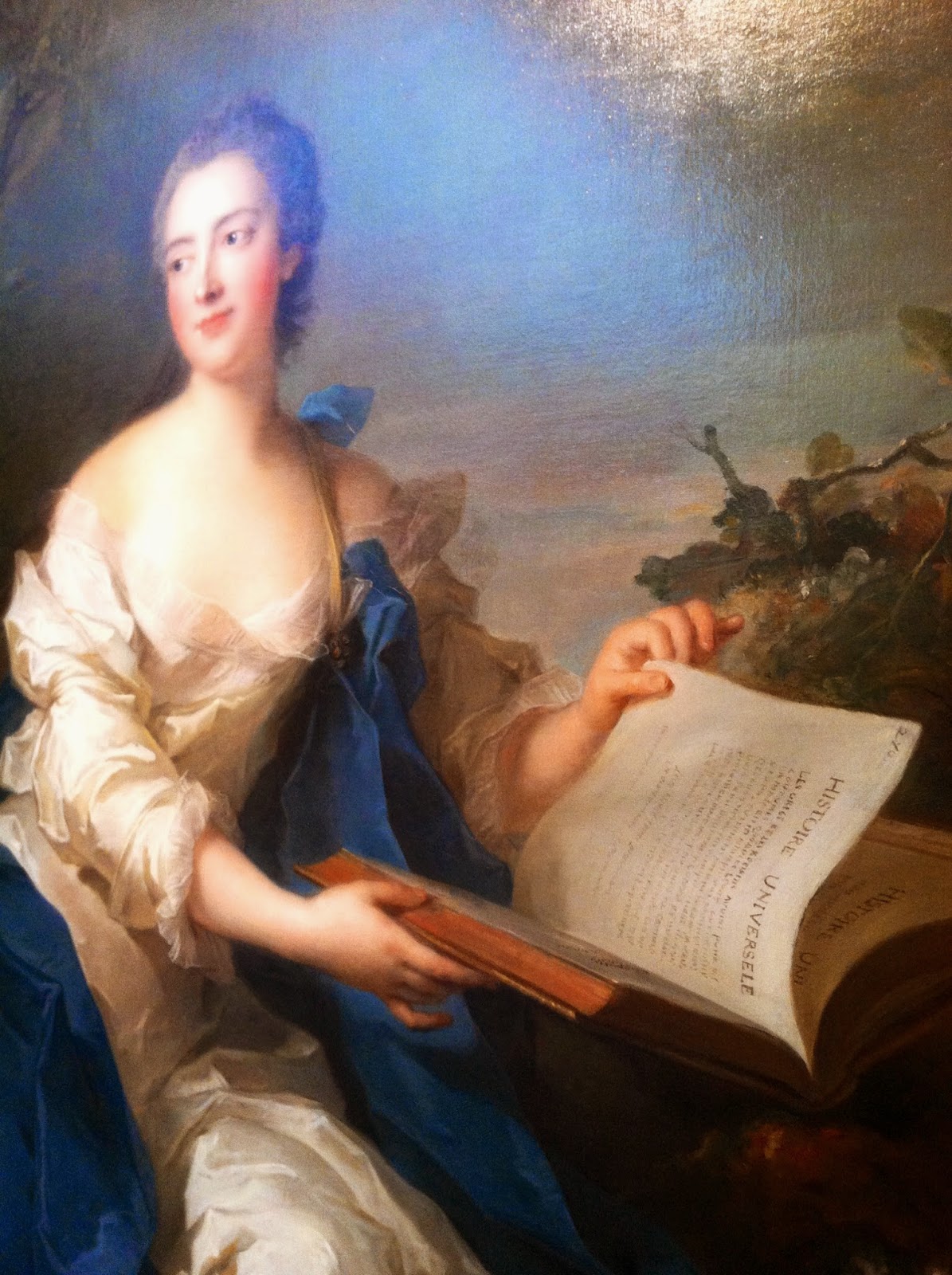 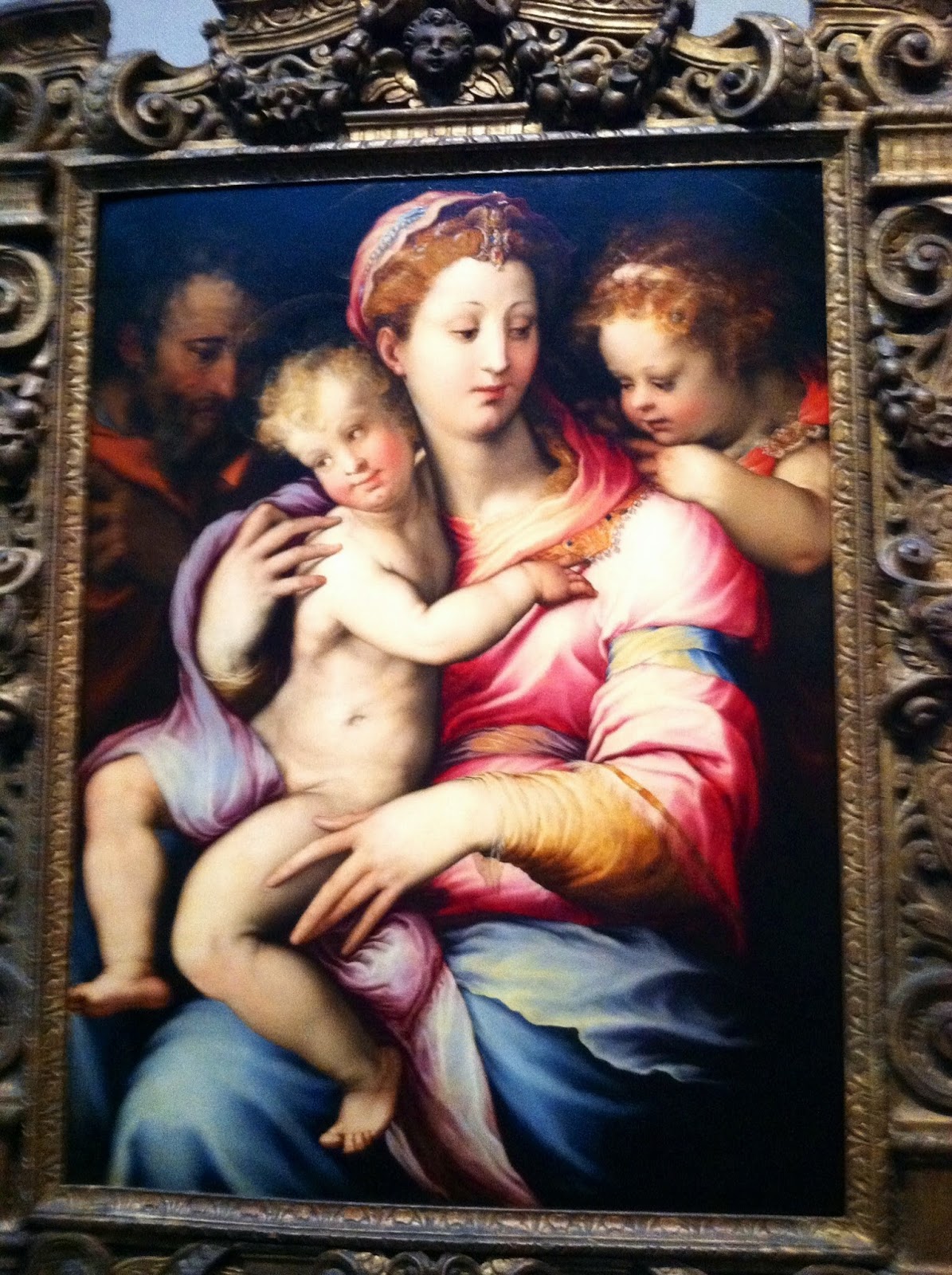 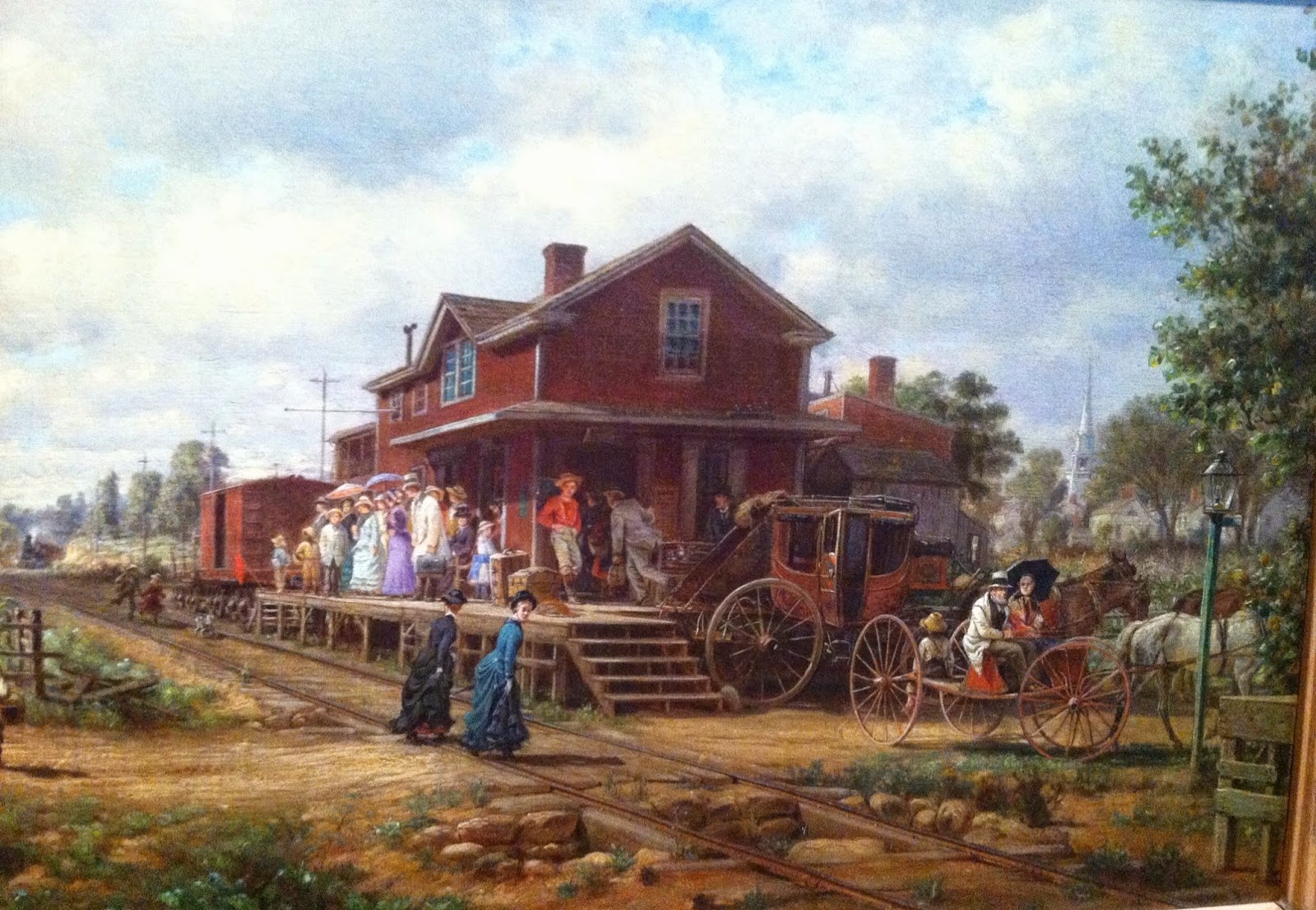 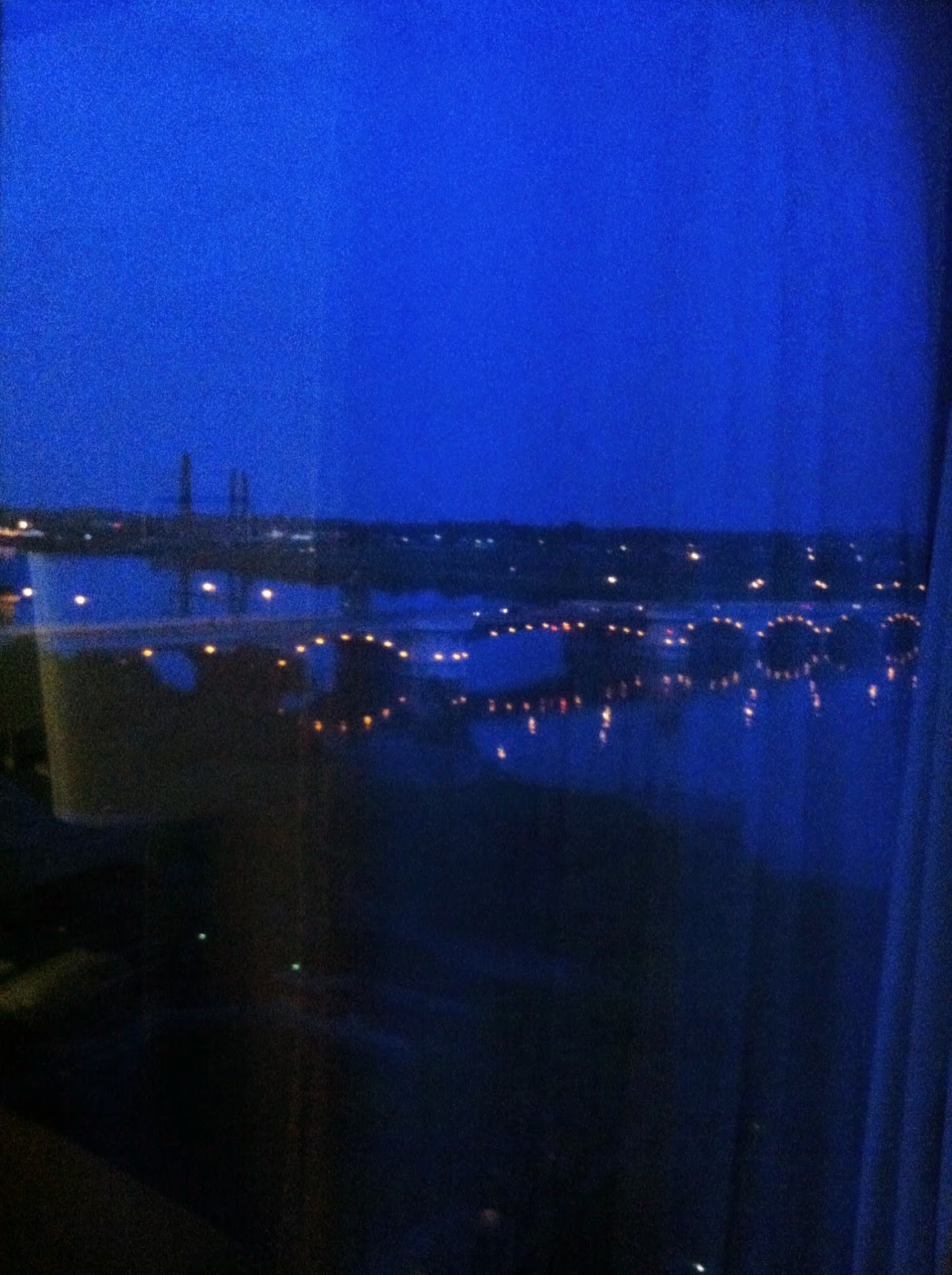 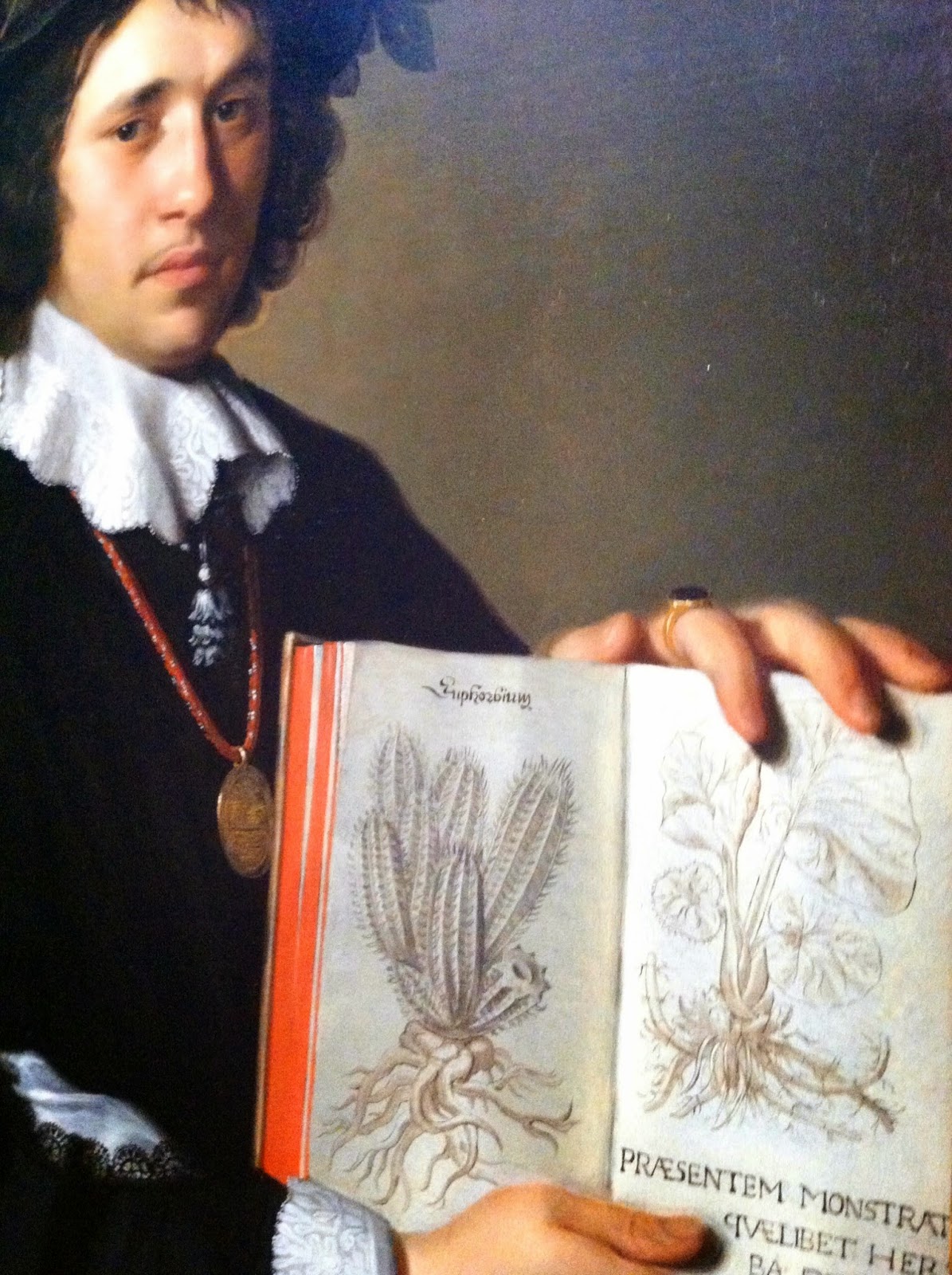 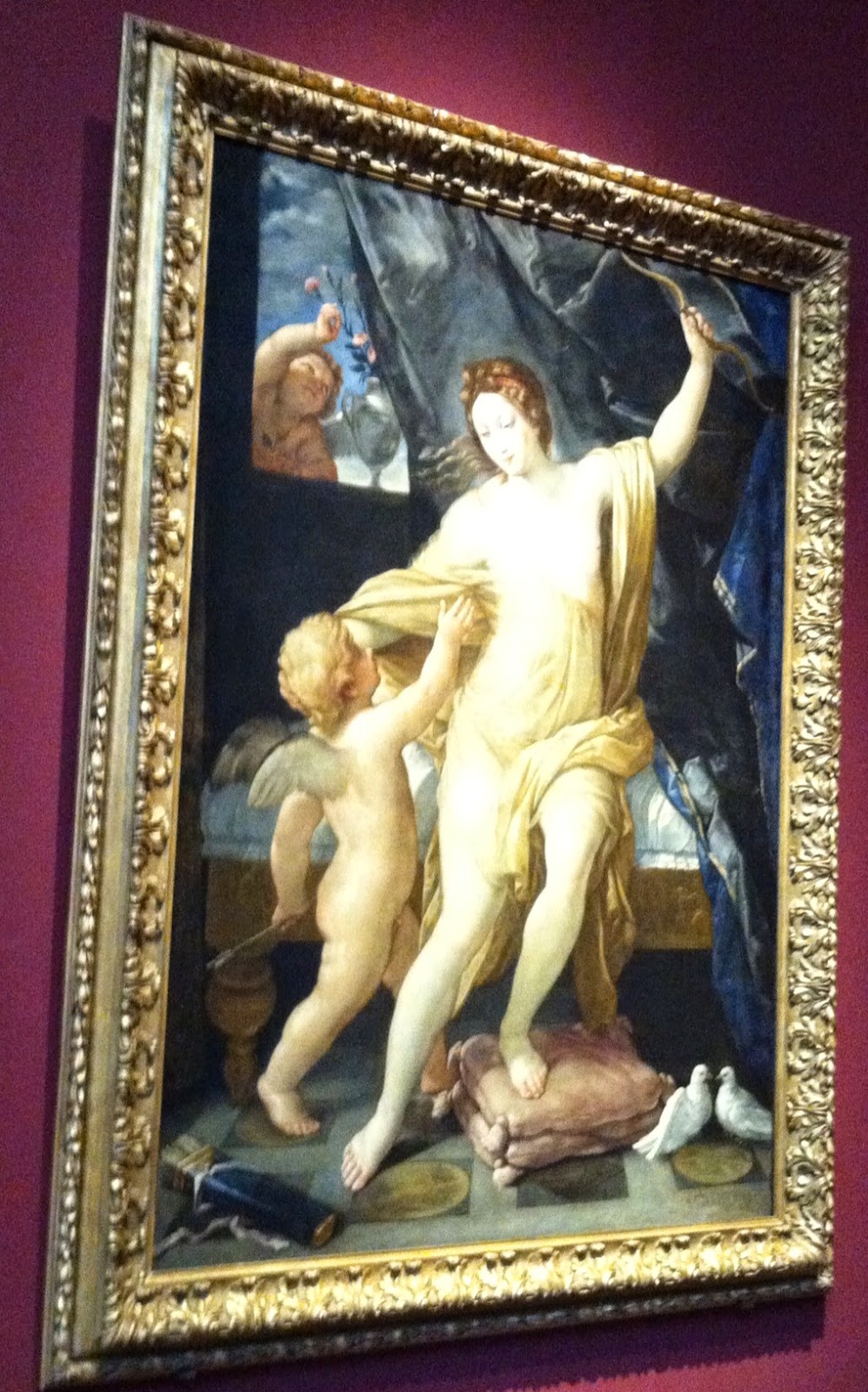 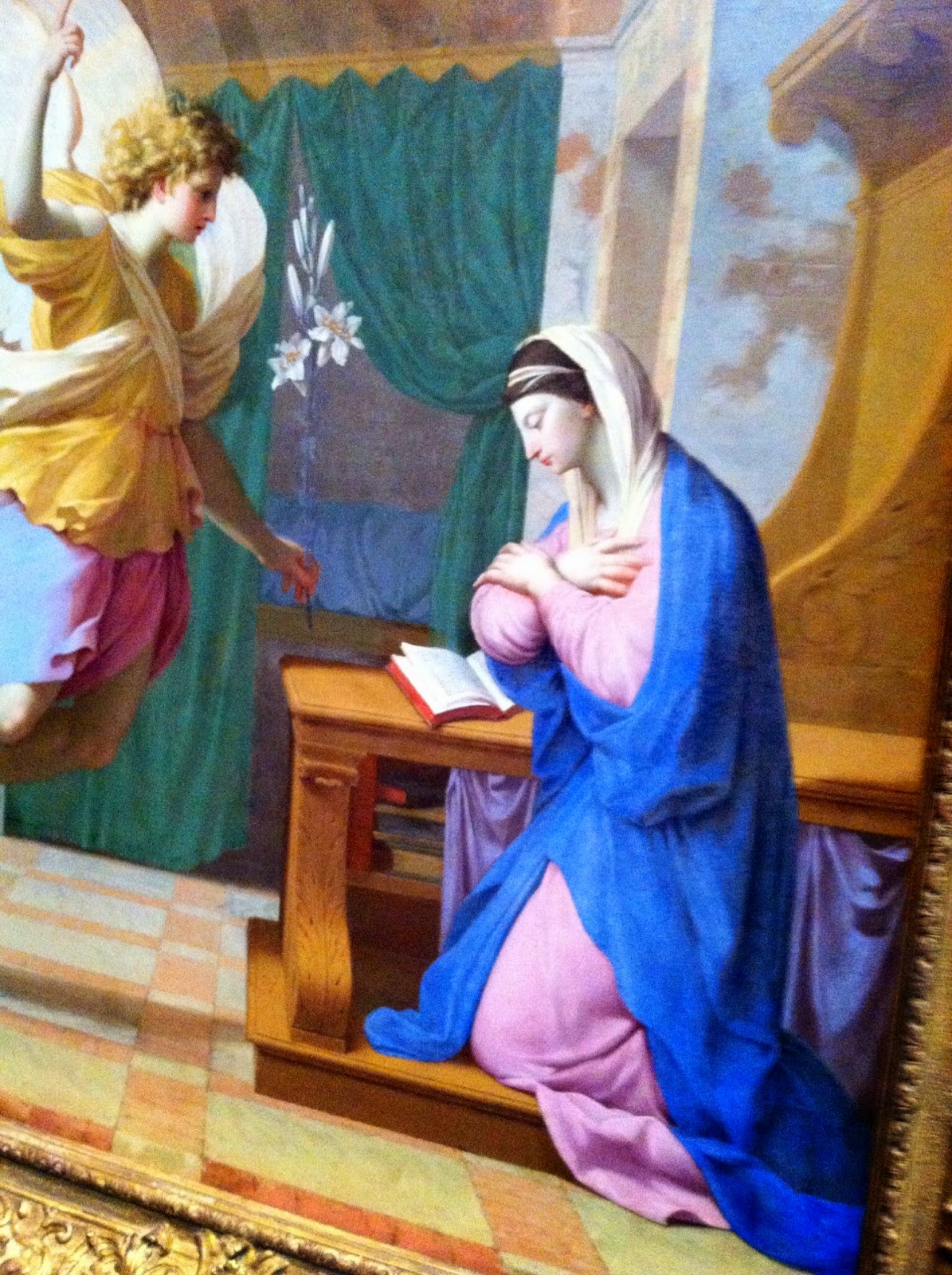 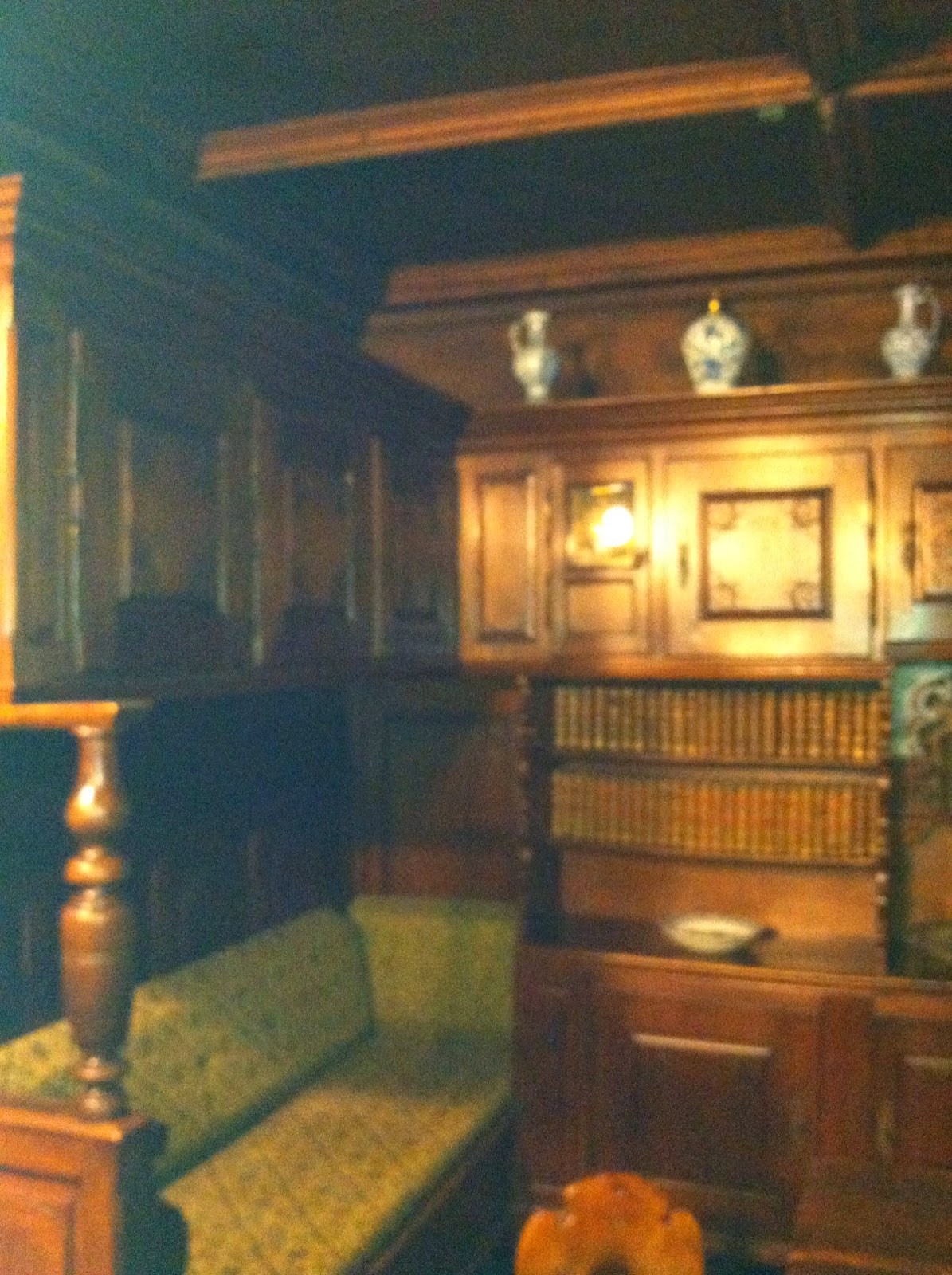 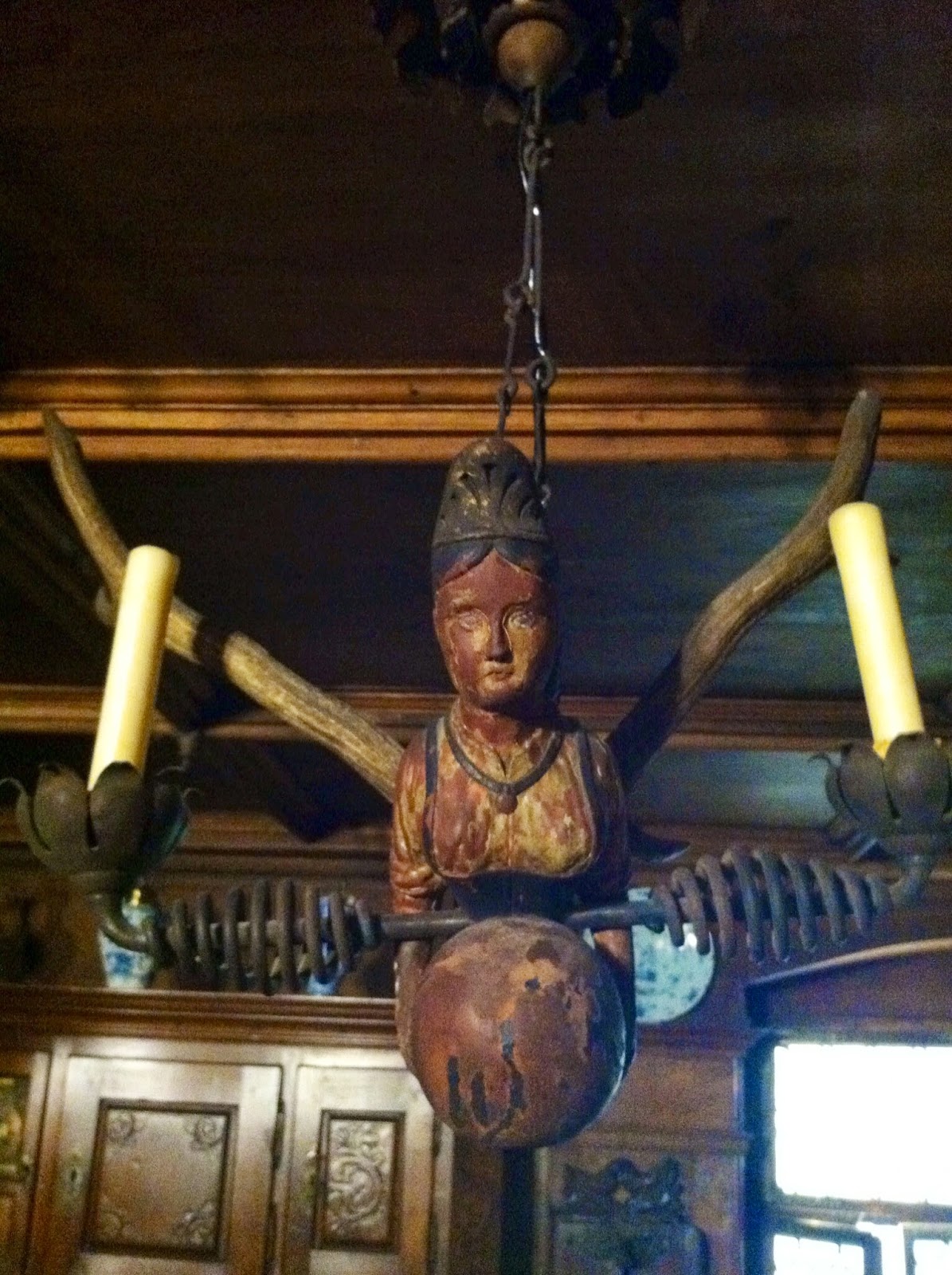 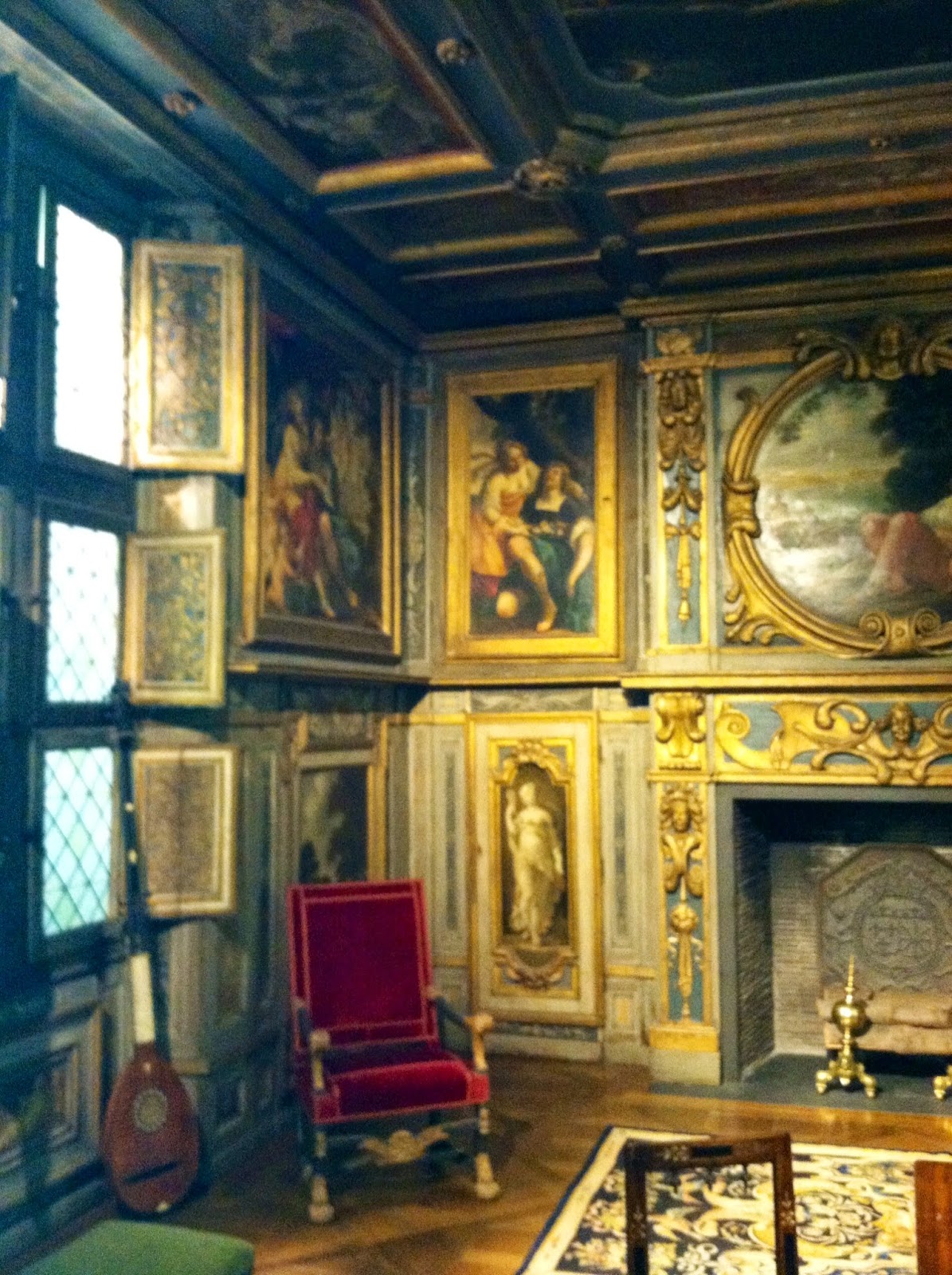 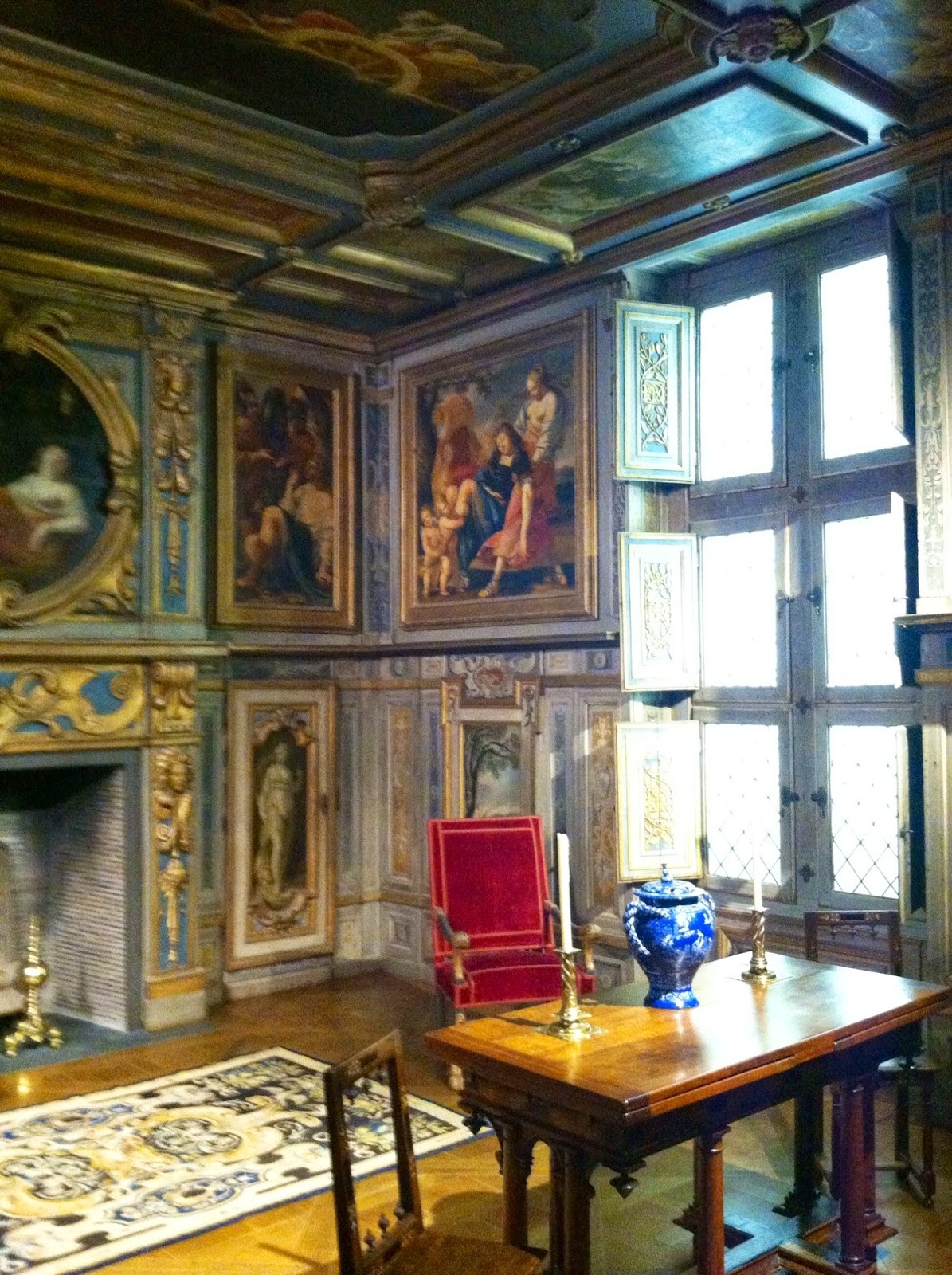 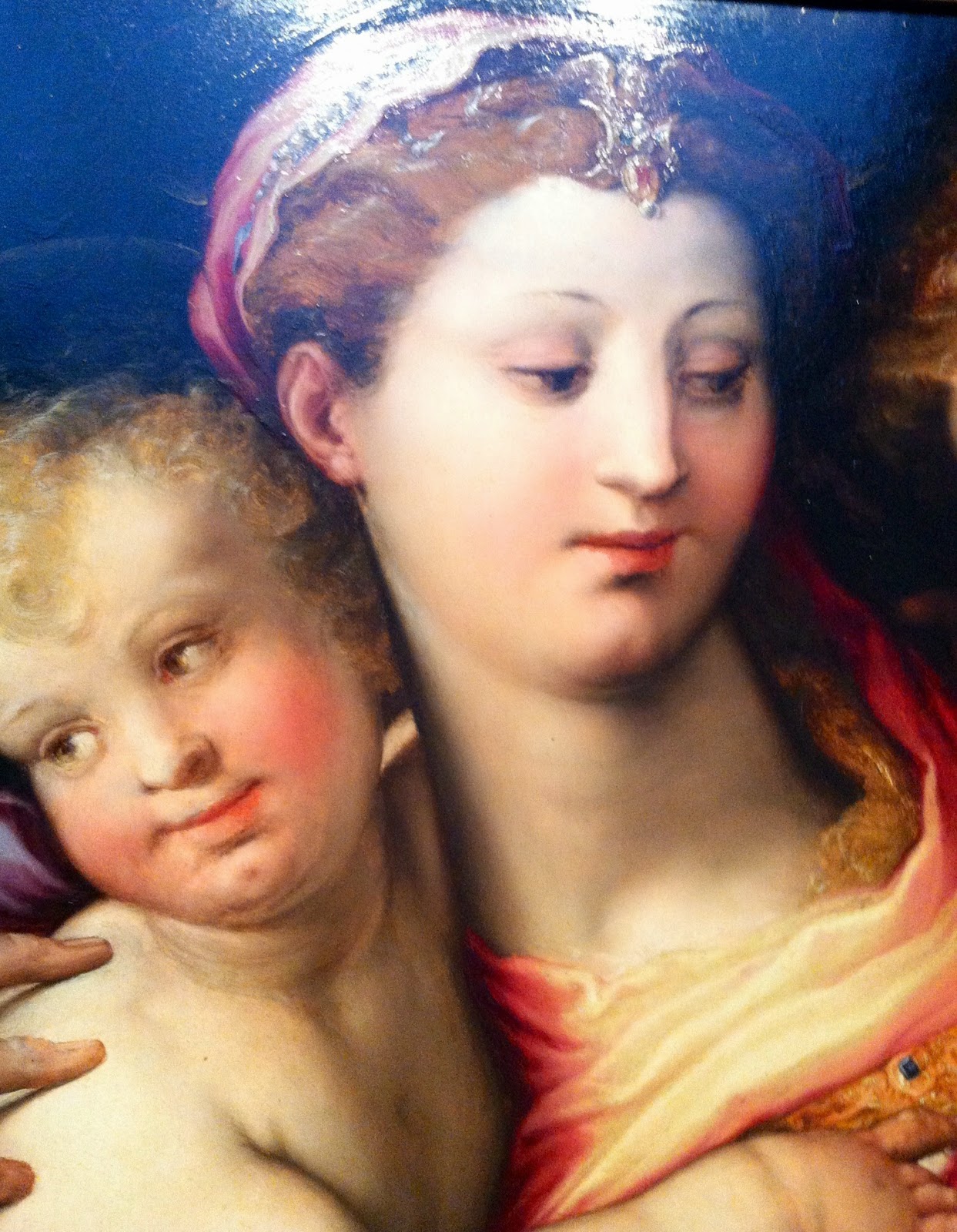 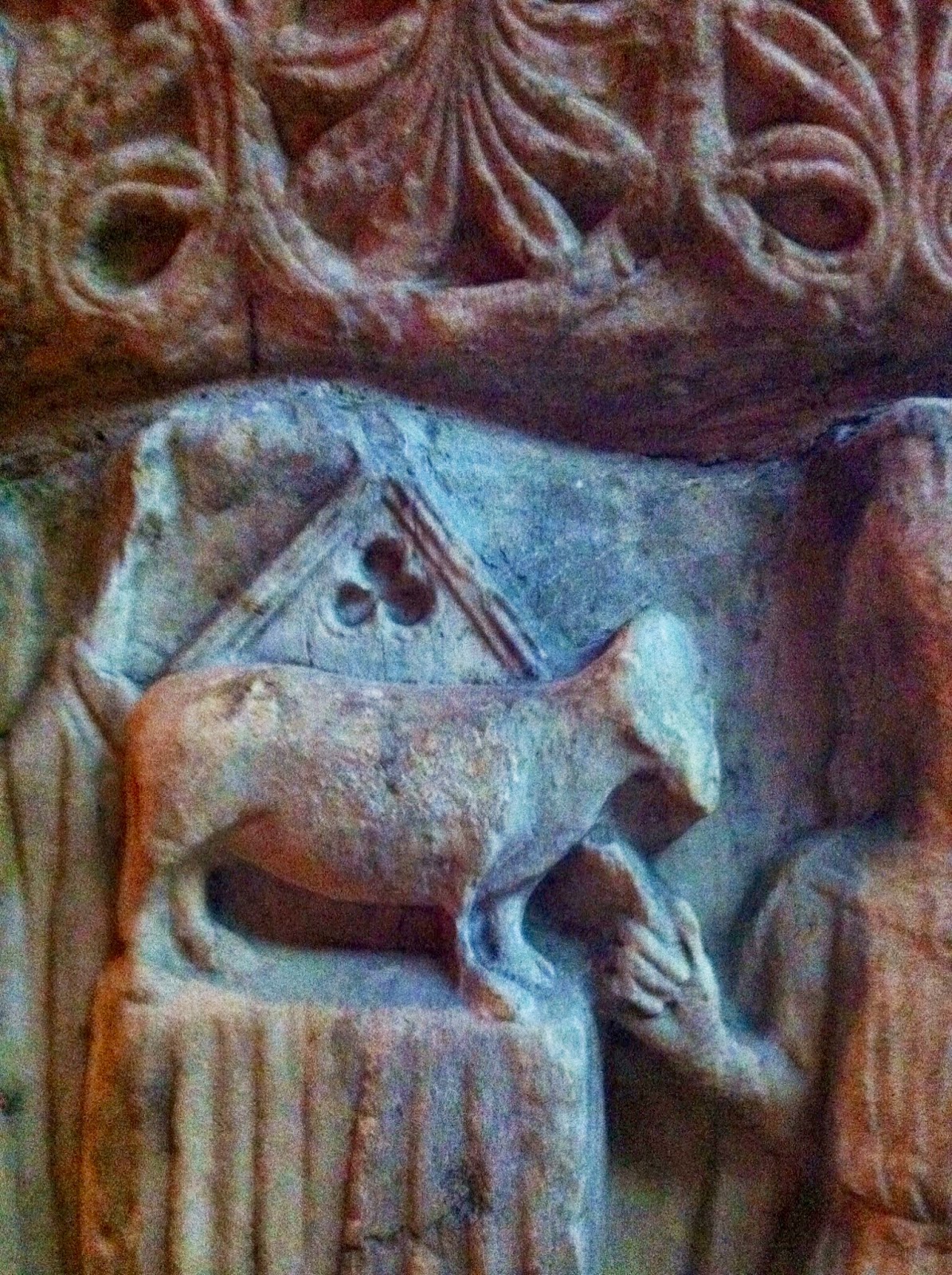 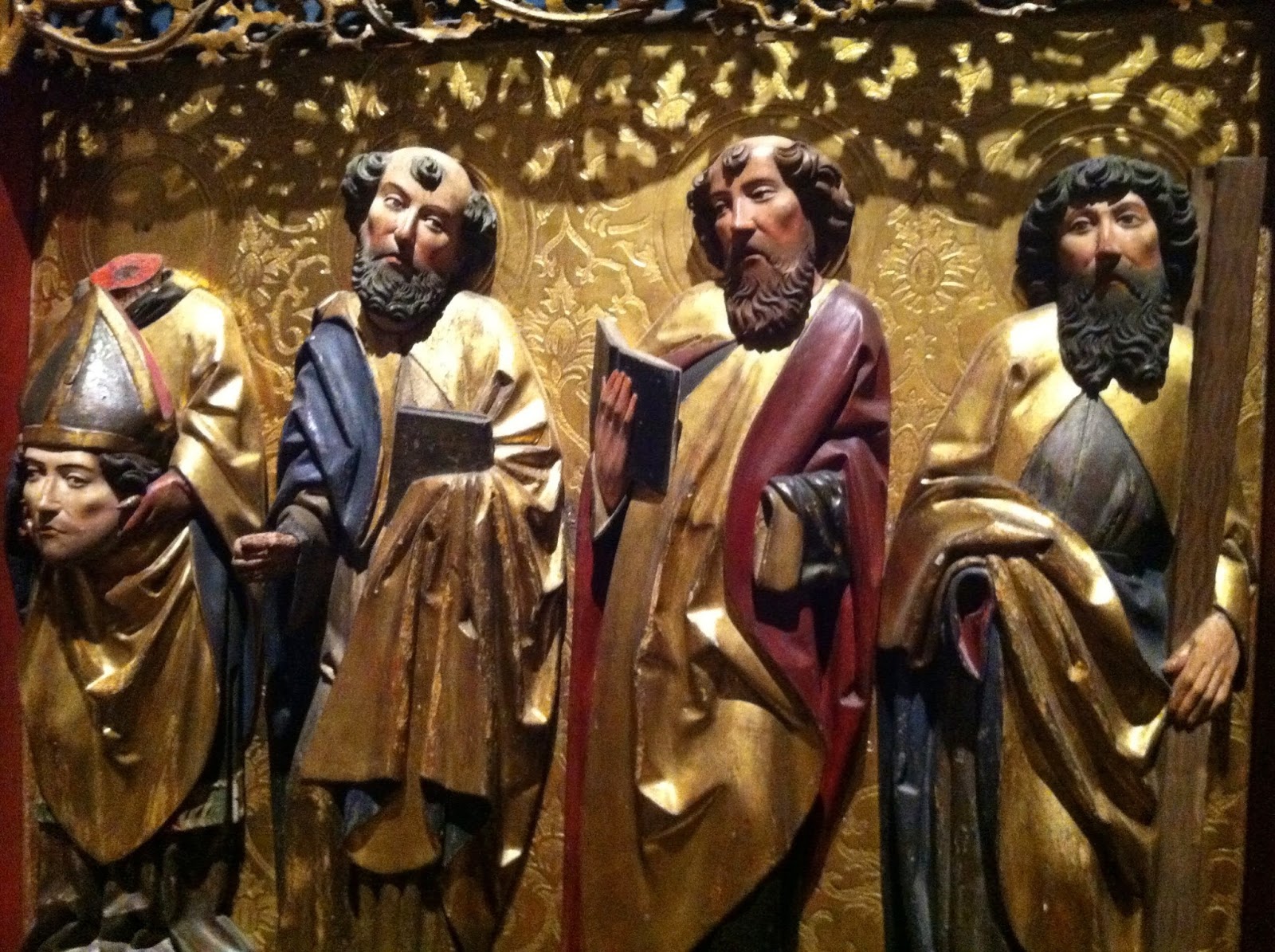 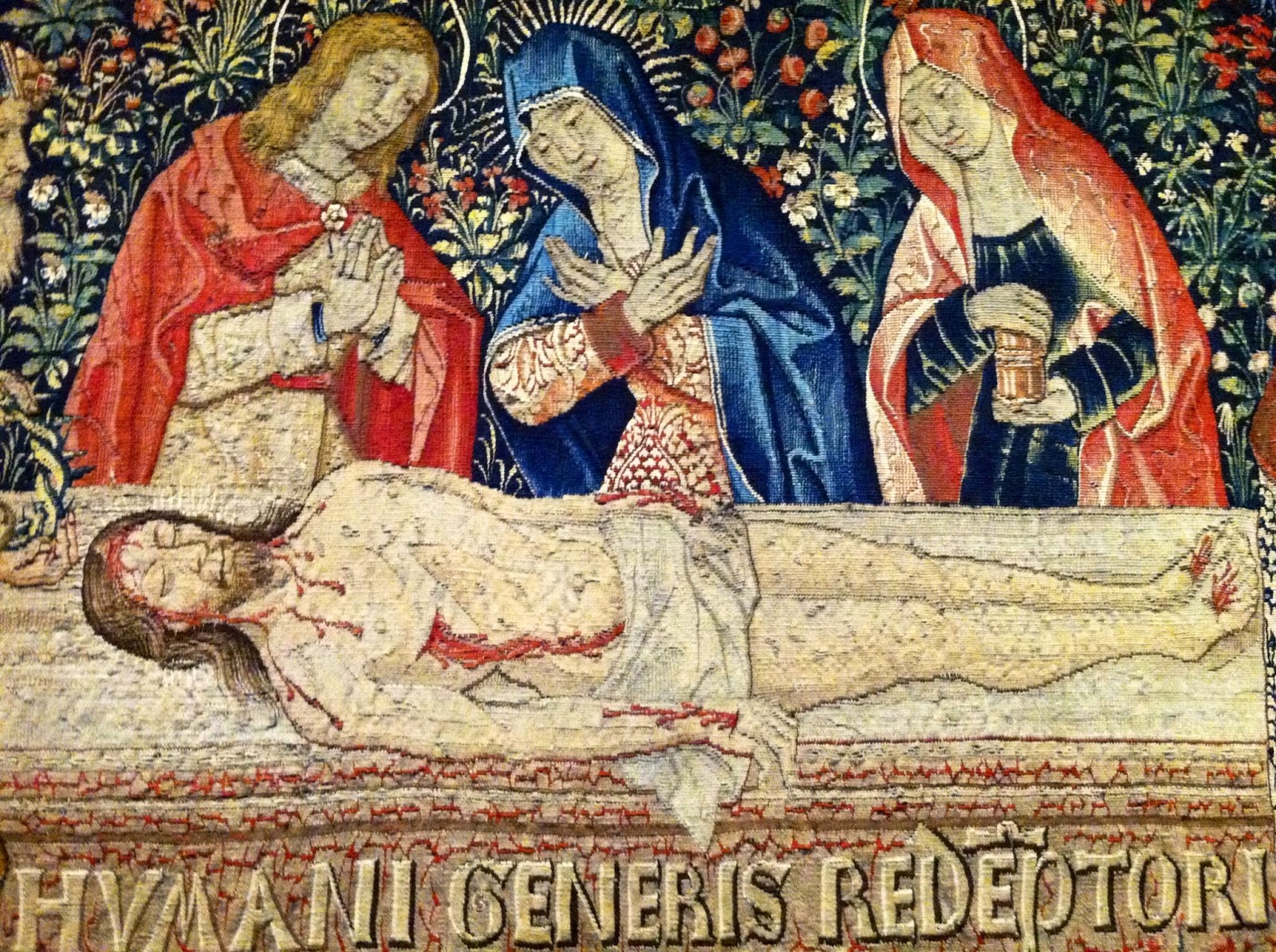 Haven't been to Toledo's museum for a while -- I forgot how cool the chalet room and the castle room are.

You'll have to visit again for the cathedral, also the Main Library -- has a rare book room & more.

And Maumee Bay Brewing / Oliver House is close too:

Thanks for the tips/links - I've saved them in my vacation ideas folder. I definitely underestimated Toledo! Next time won't...

And unrelated, Jonah Goldberg will be speaking in Cleveland on June 24:

Just one more thing... Cleveland Museum of Art is cleaning Caravaggio's Crucifixion of St. Andrew in public, as an exhibit, through Sept.

Thanks -- haven't been to Cleveland in a long while so might try that this summer.