The Limits of Language? 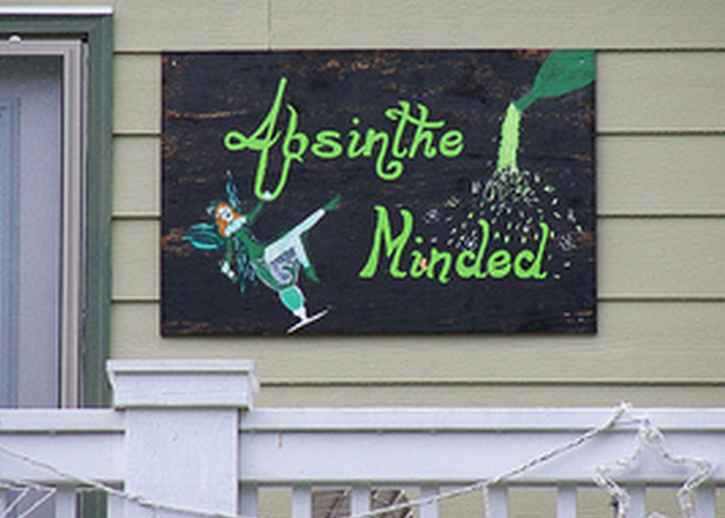 
One needn't be a philosopher of John Blutarsky's caliber to know that fun is generally considered a constitutive component of college life. But while the traditional elements of college fun (alcohol, sex, parties ...) are similar nearly anywhere you go, its regional manifestations do vary in interesting ways. In Oxford, Ohio, home to Miami University, students living in off-campus houses celebrate and perpetuate college fun by giving their houses names and accompanying signs; these house signs tend to refer to or pun on the aforementioned traditional elements, and they serve to mark the houses as sites of additional, future fun...

"We were indeed put in the position of taking the house signs too seriously. There are a few lessons to be learned from our experience. First, I think we learned that our initial approach to house signs as being about the categories we could derive from their names is probably the approach many take. We were able to experience the shift involved in stepping out of a particular view of language – one where language is thought to have meaning that anyone can, potentially, apprehend – and into another one that depends on the habits of a group that shares some beliefs about what they are doing, or not doing, in the world. And second, we were able to show that the students living in named houses were using the names to do things that few, if any, believed they were doing. Students living in 'Inn Pursuit' and 'The Rock,' for example, wanted for their house signs to advertise their Christian faith and provide an invitation to others to join them on that basis. Students not living in such houses largely missed the significance, and reported that 'Inn Pursuit' was about sex, and that 'The Rock' was about drugs, both of which could be described as partying."