A Tale of Two States

Interesting to compare election stats from '16 and '20 and between states with cleaner systems than others. It's obviously not helpful that the fraud is not contained to one type; the cheaters didn't have the decency to do that. And it's possible Dominion is clean although there's no way we should be allowing them the control they have. Of course, we know tech companies only have the common good in mind but still they should have open source code.

Charlie Kirk comments on a pod:

“Where’s the proof? Florida. It’s the only state where none of this crap was allowed. Ron DeSantis said you’re not putting these [Zuckerberg] drop boxes on the street, we do elections our way, if you request a ballot you have to verify the signature, everything was done beautifully in Florida.  I saw someone trying to vote who had already had been sent a ballot and voter fraud was stopped right in front of me. The system was working. And in Florida Donald Trump won by 4% --- in a battleground state where Florida used to be decided by 10,000 votes or less.”

Kirk also used the analogy of how if you’d have said in Boston that priests were abusing kids and the bishops knew, you’d be a kook and ostracized. People want to shield themselves from evil, not believe it, especially when not presented by any "reputable" news source like the New York Times.

So Florida seems to be a reasonably tough state to cheat in and Georgia unusually easy.  Surprisingly, or maybe not, the final results differed wildly.  Trump's share of U.S. popular vote rose by 1.1% between '16 and '20 but in GA he took a nose-dive.

Florida total votes cast went up 18% over '16 election while Georgia rose an astounding 24% from '16 (Georgia population was up 3% over last four years, while Florida up 4.2%).

But I guess they don't have suburbs in Florida so it all makes sense! 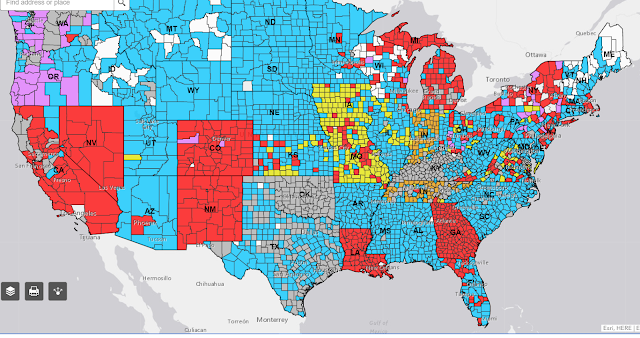