One of the reasons Trump became president is because a sufficient portion of the electorate tuned out or disregarded the criticism of him from the Left. One of the reasons people ignored that criticism is because at least three good men – Bush, McCain, and Mitt Romney — were demonized as the irredeemable epitome of all evil by liberal voices for almost the entirety of their public lives. One could throw Sarah Palin in there as well — whatever else you think of her, she’s not a monster, and she’s done so much for families with children with Down Syndrome – as well as the ads featuring Paul Ryan pushing a grandmother off a cliff. When every single prominent Republican figure is the WORST MONSTER IN HUMAN HISTORY, people stop believing the criticism.

A few voices on the left recognized this. Right before the election, comedian Bill Maher had what appeared to be a painful moment of clarity:


I know liberals made a big mistake because we attacked your boy Bush like he was the end of the world. And he wasn’t. And Mitt Romney we attacked that way. I gave Obama a million dollars because I was so afraid of Mitt Romney. Mitt Romney wouldn’t have changed my life that much or yours. Or John McCain. They were honorable men who we disagreed with, and we should have kept it that way. So we cried wolf and that was wrong. But this is real. This is going to be way different.

But I don’t want our friends on the left to merely regret the past, I want them to learn from it... We don’t fix this by praising retired members of the other party, or wishing that everyone in the other party could be as reasonable as the one who deviates from party orthodoxy the most. We fix this by reasserting the unwritten rule in our political discourse that our opponents are not to be treated like inhuman monsters unless they actually do something monstrous. And mere disagreement on issues does not make one a monster! We think poorly of Harvey Weinstein’s donation of $100,000 to Planned Parenthood because an impassioned disagreement about when human life begins. But it’s his long history of sexual exploitation and cruelty that makes him a monster.

Marriage According to a Futurist

Rarely do you see how different the Judeo-Christian instinct is from someone like the futurist guru who came to talk to our corporation recently.

His take was simple materialism: that which does not benefit us in this life should be discarded. Marriage, he says, was an institution designed when people lived to age 25, not to live together for 150 years (when our lifetimes expand to that point, assuming they do).  He said marriage is not tenable any longer because people can't be expected to live together that long.

Marriage has always been hard, at least going back to Moses’s time. But marriage, like water, isn’t an end in itself. Most people view water as simply something that enabled life on this planet. But you could view it as having been created by God expressly for the sacrament of Baptism - i.e. eternal life - and in order to symbolize its life-giving properties God made it earthly-life-giving as well.

In other words, water’s function as thirst-quencher is a byproduct of water’s role in Baptism rather than the other way around.  We view the spiritual as negligible, the earthly as all important while God does the opposite.

Similarly, with marriage. It’s meant to signify God’s relationship with us. The prophet Isaiah wrote that “your creator will marry you”. And that’s partially the significance of Sunday's gospel about heaven being a “wedding feast”. The point of marriage is less that it’s an end in itself but a pointer to the true marriage, the eternal one, with God. The permanence of earthly love in marriage is meant to show the permanence of the love God has for us. Without that pattern we are left much the poorer for it.

Ultimately God really wants us to mirror Him so we can show Him to others. Often I don’t like this much, preferring he show Himself to others (and myself) directly. Cut out the middlemen. But that’s obviously not God’s plan given that Jesus said to Paul on the road to Damascus, ‘Why are you persecuting me?”.  But what I miss is that it's not Pelagian; God gives us the grace for marriage or to mirror Him.

But if your supposition is that God doesn’t exist or is an impersonal Spirit, then you may be left with scratching your head thinking marriage is inexplicable, assuming you ignore the toll divorce takes on kids.

There is something about Eucharistic Adoration on Thursday that sets me up to better appreciate Communion in the following day or two. The one Host, in the gaudy monstrance, drives home the reality of the One Bread. To look at it from a distance, seemingly unattainable or untouchable in its glass protection, makes me realize the generousness of Sundays. Unless something is withheld from us for awhile perhaps we can’t appreciate the gift.
Posted by TS at 12:31 PM 2 comments:

State of the Weather


Why I Love Catholic infighting

I think it's high time for the annual State of the Weather address.

The state of the weather is... tenuous. We recently broke a ridiculously long string of beautiful days which apparently will end in a week-long bacchanal of rain and clouds. “Make Cloudumbus cloudy again” is Mother Nature’s new catchphrase. But what a run it’s been. We’ll not see her like again. A long, quenching crest of summer days post-summer, a late harvest that only serves to remind me how much I’ve missed a long stretch of summer-like days.

I made a fire and prolong the goodness; the perfume of the flame comes and goes with the sublime breeze. I read of the “roulette of the season”; autumn is bittersweet, borrowed time. 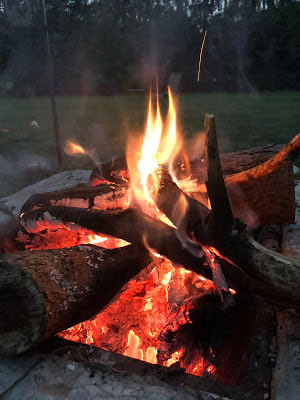 Interesting on the power of language, from the book Cheap Sex:


....when we name something in the social world—unlike in the natural world—we are not only mentally mapping it, but we are also providing the idea with a reality that allows it to then act back upon us (and the wider social world), altering how we then must subsequently navigate it. Thus the world after something has been named is not as malleable as it was before it. To identify something socially is to give it life and power, not just a name. It’s been occurring for decades already in the study of sexuality.

Sociologist James Davison Hunter asserts similarly when he defines culture as the power of legitimate naming.  That is, to classify something in the social world is to penetrate the imagination, to alter our frameworks of knowledge and discussion, and to shift the perception of everyday reality. In the domain of sexuality—fraught as it is with great moral valence—this can make all the difference. It’s why there is often poignant and bitter struggle over words and terms around sex, and the politics of using them or avoiding them. We tend to move, albeit slowly, from the “urban dictionary” to the everyday lexicon.

Part of the thrill of having a digital WSJ subscription is simply being able to blast beyond the paywall. Years of butting my head against it, if only very occasionally, makes the forbidden fruit more tasty. I’m surprised at how much satisfaction I take in simply signing in to their website.  Silly. Cue the Doors.  I could only justify it by virtue of the fact that it's not the NY Times or the Washington Post. And journalism outfits are now, sadly, charitable institutions given the lack of ad revenue due to the rise of the 'net and "free" news.
Posted by TS at 2:02 PM No comments:
Labels: State of the Weather address

The Gospel According to...

If I were highly motivated, I’d research all the Sunday gospels this year from ordinary form Mass and compare to Latin mass gospels. I think the former are far more likely to be “discouraging” gospels, personified by today’s about God smiting the wicked tenants.  Eastern Catholics and 1962 extraordinary form devotees today received much more positive gospels.

For all the reputation the New Mass has s far as being milquetoast and the Latin Mass for being “rigid” or strict, the gospel selections don’t seem to back that up. And definitely the Byzantine gospels are, I’d say at least 80-90% positive, which far exceeds the current Roman rite.

Looking back over just the past 10 weeks, the Latin Mass hasn’t had a negative gospel since August 6th. It has gone 8-1-1 over past ten weeks - eight positive, one negative and one neutral.

Perhaps part of what drove the new readings for the new calendar was the perceived need to challenge people more, but I think people need encouragement as well and I’m not sure the negative gospels have been overly effective in evangelizing the Faithful. Attract more flies with honey, they say, and the Latin rite and Byzantines at least have the patina of long tradition.

The World According to "Researchers"

I shouldn't waste my time reading WaPo articles but here's a doozy on tipping:


It makes sense to leave a tip for your regular waiter at your regular diner or to give one to your doorman each holiday season, since the service quality you receive in the future will likely depend on those tips. But economists find it peculiar that people tip the bellman upon departing from a hotel they’ll never visit again, a waitress at an out-of-town restaurant or a cabdriver in a big city. There’s technically no economic reason for such transactions, beyond a social expectation. And so nerdy behavioral scientists have had a field day running studies to figure out what oddities shape our decisions about tipping — decisions economic theory asserts we often shouldn’t be making in the first place.

So in other words, doing something because it's the right thing to do irrespective of what you get out of it is irrational.  Shades of  Thomas Frank's befuddlement that conservative voters might vote on issues (like pro-life) that are not directly in their self-interest.
Posted by TS at 10:03 AM No comments:
Newer Posts Older Posts Home
Subscribe to: Posts (Atom)