It’s funny how any time work lets us go early on a holiday weekend, everybody in our neighborhood is already home. I got home around 3pm and Dave, 28, is home working in his yard. As was neighbor Ron, 45, and other neighbor Larry, 55, and Mike down the street, 36. (All ages approximate.). It’s really like I wonder if anyone works anymore. It’s like I live in a retirement villa only everyone is young enough to be working.
___

It’s funny how enthused I get about the smallest of things regarding the new Honda. Like how I can open it without getting the keys out, or how there’s a small compartment above me that holds my sunglasses. You press on it and it releases a mirror and, of course, the sunglasses. The ergonomic ease of use is what pleases. And yet it’s a ridiculously tiny savings of energy over where I used to put them, in the door of the driver’s side. And I should want to move more, stretch more, even to the point of cursing those (wonderful) automatic windows that roll down sans effort. “Ease of use” is not how humans have evolved. Use it or lose it.

Part of my appreciation is surely the cool factor, of something hidden coming to light like how some rooms have a bookcase that when you press a button moves out and reveals a hidden room. Or like how James Bond could press a button in his apartment and his bed folds out. This was a tool in his seduction ploy, by making the barrier to entry, so to speak, between making out and sleeping together less cumbersome.

Oh the astonishment of summer eves after the grind of winter! How fresh this season of May with her long tresses of days and occasionally jaw-dropping warmth? How regal this season before the flies and mosquitoes and humidity, when bounties come without price.

Intrigued by Blinkist - a little 15-minute summary of thousands of non-fiction books. I’m on the free trial period now and gobbled up Fukayami’s Idenity about, what else, the bane rise of identify politics. His thesis is that Socrates said man needs three things: physical necessities (food, water, etc), rational thinking (i.e. ability to forego rotten meat even if hungry) and thymos which “yearns for dignity and recognition from other people”. That explains a lot, he says, like how the gay movement was not just about getting treated fairly but being positively viewed and esteemed. The rise of it just as religion gets downplayed makes sense because if you don’t have a view of your dignity as child of God you’ll seek it in other lesser incantations like your skin color and sexual preference. He says that individualism combined with identity politics has made the government become on the hook for its citizen’s mental health and so therefore is in the business of laws toward that goal (like “hate” crimes).

Also read a biography of Martin Luther and a bit on Brexit. It’s a pretty cool way to digest books I would never likely read but for this app - or it might just lead me to buy these books based on the snippets.
Posted by TS at 4:40 PM No comments:

My Prediction: the McCarrick File Resides Permanently in File 13

Still pondering the whole McCarrick thing and whether there's a responsibility for the Vatican to be transparent in explaining who enabled it.


“It’s been more than five months since the Vatican promised a review of its [McCarrick] files, and nothing has been reported. One obvious question is why American bishops, either publicly or privately or both, aren’t being more vigorous in demanding that the Vatican deliver, since they’re the ones most exposed to pastoral blowback over the failure to do so.

One answer is this: Bishops everywhere, very much including the U.S., hesitate to do anything the boss and his team might perceive as disloyal. By now, being seen as siding with Viganò is regarded by Francis allies as virtually a sin against the Holy Spirit, and unless a bishop has been living under a rock, he’s gotten the memo."

The refusal of Francis to allow the U.S. bishops to police their own really opened my eyes (back in November) and I think the lack of pushback from the U.S. bishops during that conference wasn't their finest hour.

Perhaps all of this even leads to Pope John Paul II.  The question I keep coming back to is perhaps a prudential one and thus without an easy answer: at what point is there “too much” transparency? Are there some church clergy “too big to fail”?  Is it true the only way to prevent something from happening again is understanding how it happened, or does that ignore the fact that institutions can change merely from immense pressure without airing every secret? It’s perhaps an act of mercy to save reputations, but if so where do you draw the line -- the Church has obviously had problems in the past saving reputations of priests by moving them around after cases of abuse.

I’m certainly not hopeful that Cbus Bishop Brennan will show fortitude on this issue given his newness to the office and his appointment by Francis.

A bishop or pope with lots of credibility is Pope Benedict, who recently put out a letter that is much along the lines of "wheat and tares" and makes no mention of the issue of transparency that I saw. He might feel crimped, of course, given his pledge of silence (though the letter itself is a breaking of silence).

I go back to a couple of things: one, is that perfidy in popes is “permitted”, certainly by God, in the sense that we understand there have been bad, immoral popes and don’t have a lot of control over it and that it doesn't change the status of the Church.  Therefore I should not be surprised that bishops, who are essentially unsupervised popes of their diocese, are similarly bad. The high view of the role of bishops in the Church tends to explain the lack of supervision and accountability they experience. So it is what it is. Hence the famous biblical analogy is the wheat and tares even within the hierarchy.

Secondly, McCarrick’s rise was partially due to his skill at fundraising, and one could look at it in the way Mother Teresa accepted donations from bad folks. You accept help from whatever source, regardless of the iniquity of that source. Of course where it differs with McCarrick was a source of bad behavior directly affecting the church in other ways, seminaries, etc. But then I go back to the point above about their "right to be evil" without molestation, just as tares are allowed to grow without molestation until the harvest.

Also there’s a truism that Americans tend to look at admin policies instead of spiritual solutions, the latter being the only truly effective measure.
Posted by TS at 4:23 PM No comments:

Continued my every-six-months hobby of tuning in via YouTube to 2016 election coverage. It’s ironic I get more pleasure from the election of someone I didn’t vote for than in any election previous.  I guess seeing the gods get stuffed is the stuff of legends. Akin to a Patriots-hater seeing Tom Brady lose.

This time I watched CNN. Wolf Blitzer robotically gave the numbers, constantly using the adjective “impressive”, as in “impressive lead in North Carolina”. He was touched when numbers changed rapidly, showing the enthusiasm of a small child observing a bouncing ball.

There were only two analysts, a blonde gal and Jake Tapper, and they seemed smart and sober and not crying in their beer. Not much opportunity for schadenfreude on my part. Tapper seemed unduly worried about the markets which in hindsight is hilarious given how the Dow has spiked since Trump took office.  His concern over the price of gold hasn’t aged well.  The moment du jour though was when Jake looked incredulously into the camera and said, “Donald Trump was right and all the pundits wrong about the polls and reaching disaffected voters.” This feels deja vu given how similarly Trump said “no collusion” while everyone in D.C. had Trump going to jail. The media likes to gamble all their chips on iffy propositions. But at least they’ll always have the inaugural crowd size (i.e. the really important stuff).

It certainly seemed like these two CNN’rs were far more awake and alert to what was happening than the crowd at ABC, who dined on denial a good deal longer.  They didn’t have as much air time but when they were on they were made insightful comments and took their loss manfully, which was kind of inspiring in its own way.  (Although I only made it till around the 9:30pm mark, so although by then they knew what was happening I didn’t see if despair came later.)
Posted by TS at 9:16 PM No comments:

We hear often from the hard right that Republican officeholders are squishy when it comes to principles compared to Democratic officeholders.

And based on non-partisan evidence...they're right.

Republicans are much more likely to work with Democrats than vice-versa. You can see that from the non-partisan work of the Lugar Center.  A whopping 9 of 10 of the most bipartisan senators are Republican, while 8 of 10 of the least bipartisan ones are Democrat:

The simplest and most likely explanation is that the media media protects and allows extremism in Ds more than with Rs.

Regardless, it takes a lot more courage to be a conservative in Washington than a liberal given the twin pressures of elite opinion and the grass roots progressive groups (who camp out in offices, harass senators in elevators, etc...).
Posted by TS at 10:01 AM No comments:
Newer Posts Older Posts Home
Subscribe to: Posts (Atom) 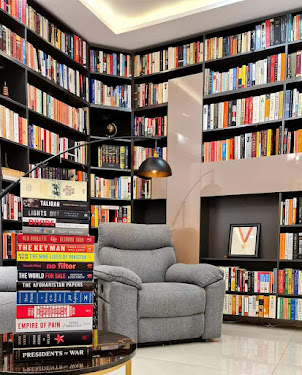