The (Divine) Comedy of King Lear 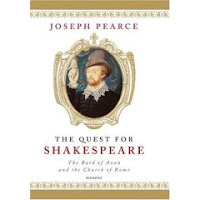 This time JP turns his attention to the Bard, and in a twenty page appendix titled "King Lear - Finding the Comedy in the Tragedy" he gives an exposition of one of Shakespeare's finest, masterfully summarizing:

"It is indeed ironic, and paradoxically perplexing, that this most delirious of Shakespeare's plays is usually considered a tragedy, even though, for those who see with the eyes of Lear, or Edgar, or Cordelia, it has a happy ending. Perhaps the real tragedy is that so many of those who read Shakespeare do not possess the eyes of Lear, Edgar, and Cordelia. In the infernal and purgatorial sufferings of life it is all too easy to lose sight of the promise of Paradise. If we succumb to this self-inflicted, self-centered blindness, we will see only a tragedy where we should see a Divine Comedy."