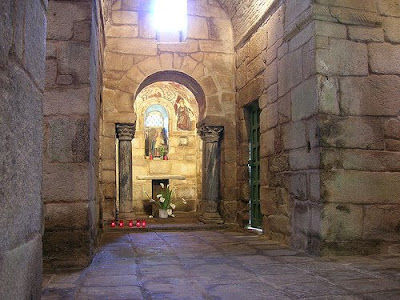 The mistakes that our elites made, and that led us to this pass, have their roots in flaws common to all elites, in all times and places - hubris, arrogance, insulation from the costs of their decisions, and so forth. But they also have their roots in flaws that I think are somewhat more particular to this elite, and this time and place. Flaws like an overweening faith in technology's capacity to master contingency, a widespread assumption that the future doesn't have much to learn from the past, and above all a peculiar combination of smartest-guys-in-the-room entitlement (don't worry, we deserve to be moving millions of dollars around on the basis of totally speculative models, because we got really high SAT scores) and ferocious, grasping competitiveness (because making ten million dollars isn't enough if somebody else from your Ivy League class is making more!). It's a combination, at its worst, that marries the kind of vaulting, religion-of-success ambitions (and attendant status anxieties) that you'd expect from a self-made man to the obnoxious entitlement you'd expect from a to-the-manor-born elite - without the sense of proportion and limits, of the possibility of tragedy and the inevitability of human fallibility, that a real self-made man would presumably gain from starting life at the bottom of the socioeconomic ladder (as opposed to the upper-middle class, where most meritocrats starts) ... and without, as well, the sense of history, duty, self-restraint, noblesse oblige and so forth that the old aristocrats were supposed to aspire to. - Ross Douthat

From Keep Your Rosaries Off My Ovaries to Keep Your Theology Off My Technology: Why Can't We All Just Get Along? - Title of Meullerstuff link to Creative Minority Report post

It's like Christmas in December! - title of Biil White post concerning Ellyn's decision to RSS feed and another's to add comments

Once again inaction, coupled with rigorous drinking, brings about the desired result. - Gregg the Obscure

Like so many Americans, she was trying to construct a life that made sense from things she found in gift shops. - Kurt Vonnegut

I have never been so upset by a poll in my life. Only 22% of Americans now believe "the movie and television industries are pretty much run by Jews," down from nearly 50% in 1964. The Anti-Defamation League, which released the poll results last month, sees in these numbers a victory against stereotyping. Actually, it just shows how dumb America has gotten. Jews totally run Hollywood...As a proud Jew, I want America to know about our accomplishment. Yes, we control Hollywood. Without us, you'd be flipping between "The 700 Club" and "Davey and Goliath" on TV all day. - Joel Stein in the LA Times via Terrence Berres

Don't count on some rigorous theological analysis--for one thing, I lack the wherewithal to undertake such an analysis--for another, it would be like a semiotic analysis of the Bobbsey Twins novels. - Steven Riddle, unimpressed by William Young's "The Shack"

The first sentence in Russell Kirk's The Conservative Mind:

"The stupid party": this is John Stuart Mill's description of conservatives. Like certain other summary dicta which nineteenth-century liberals thought to be forever triumphant, his judgment needs review in our age of disintegrating liberal and radical philosophies.

If liberal and radical philosophies are disintegrating today (Kirk wrote in 1953), what do we call the growing spirit of Leviathan in Washington that claims competence in all areas, great and small, of every citizen's life?

Upon earth there is not his like,
a creature without fear.
He beholds everything that is high;
he is king over all the sons of pride. —Job 41:33-34, on Leviathan

Thank you for the quote and the photo (a church of the 7th Century!) and merry Christmas.