Spanning the Globe to Bring You the Constant
Variety of Posts 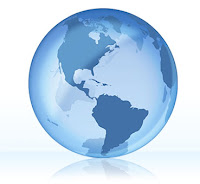 I know parents and families whose days and weeks are filled with activities, from the end of the school day to nightfall, and all weekend. Some of them love it and flourish, and others confess such relief when a game or practice is cancelled. All I know is that my son loves karate and wants to be a black belt someday. But on the days he has nothing after school, which is 3 out of the 5 school days in a week, he is ecstatic. He’s home by 3:30, and he can just…play. He and his brother may squabble. The little boy across the street may get on his nerves some times. The two children down the street, who are younger than he is, may not be his ideal companions. But he can play. And as he plays, as he imagines, as he is free from rules and schedules, and as he can create his very own world…he is so happy...I am pretty convinced that the current activity-centered culture which demands so much of families exists only because people don’t have many children. - Amy Welborn

Here’s a post over at the Long Now Foundation on the ever-interesting topic, “How to Restart Civilization From Scratch.” One thing they haven’t mentioned is the “doomsday book” that has already preserved and restarted civilization from scratch more than once in the past: the Catholic church. - Bill of Summa Minutiae

The difference between Intelligent Design Christians and Evolutionist Christians is the difference between people who think that God's causal agency is of the same sort that occurs within creation, and people who think that God's being radically transcends creation, and so can't be "fit" into it--in the way that ID arguments make it look like God fills in the gaps of an otherwise coherent naturalist process. I believe this all gets back to the question of whether Being may be univocally predicated of God and creatures. Thomas says no, some later Scholastics say yes. The problem is, once you have a conception of God according to which he is just one more entity in your ontology, then you start to have to explain how his agency works with the agency of other things in your ontology. And hence it starts to look as if God becomes more and more excluded, the more and more we can explain naturalistically. Classical theism, which holds that God's being is *not* univocal with creaturely being, does not have this problem... I guess what I'm trying to point out in the above comment is that believing that "intelligence agency" lies behind the created world does *not* in any way commit one to ID's account of that agency. - Commenter on Zippy Catholic

My husband and I did the Safety Dance at the wedding last weekend. People gathered around to watch, so we put ourselves into it, and the next morning, we were both plagued with doubt. “I’m just worried that I didn’t look as good as I thought I did doing the Safety Dance,” my husband said. It was a legitimate concern...I'm writing in long sentences, stream-of-consciousness because I'm reading Faulkner right now, and as Mrs. Darwin said in a comment stream here, "What he (Faulkner) does not repeat much is the period," and nothing is more alarming than a period that goes MIA, as evidenced by the fifty dollars worth of pregnancy tests I took this month trying to figure out where mine went--which is no where, that is, until without rhyme or reason, it decided to return, and now I want my money back. - Betty Duffy

During the height of my ambition, perhaps around age 10, I thought I might write the Great American Novel. I wasn't really clear what exactly the Great American Novel was, but I was sure it involved summer camp, and I spent a great deal of time hashing out the details of my character's names and personal appearance and the number of brothers and sisters they had -- all crucial details in such literary serials such as The Baby Sitters Club which the girls in sixth grade passed around during study hall. These were the sort of seminal works in which you learned all you needed to know about the characters by description of their personal appearance: such girl had frizzy reddish hair and braces and wore a turquoise turtleneck! This one had her ears double-pierced and wore big sweaters and leggings! 'Nuff said.... My enthusiasm to write the Great American novel waned along with my fondness for the nifty names with which I endowed my juvenile characters (but none of my actual children), and I try to avoid the kinds of novels in which the height of characterization is to describe the clothes the characters wear ("her Prada handbag brushed against her toned thigh as she strode down the hall, her Manolos clicking on the parquet floor with each step..."). Still, I miss the idealism of the days in which a vast literary potential could be unlocked if only I had the proper writing instrument and a fresh blank notebook. Then, time was on my side. - Mrs. Darwin of "Darwin Catholic"

On the topic of individual versus collective in earlier, it strikes me that one of the important things to understand here is that the groups within which we live out our lives (families ties, church ties, associative ties, etc.) may not be capable of committing sins as a group, but that the necessary reparation for sin does often carry through a group. This is because sin is not merely the violation of a legal code, but is destructive to the relationships that bind us together into communities...Imagine a situation in which it becomes known that the father of a family abused one of the children over a period of years. This is clearly a sin of the father .. bBut the relationship between the mother and the abused child, and the other siblings and the abused child will have been changed by the father's sin. They can't just ignore the fact that the sin occurred, and indeed they will need to make special efforts to heal their relationships with the abused member of the family... In our family of the Church, we now face a similar situation. Few of us shared any knowledge or culpability in the abuse which a small percentage of priests perpetrated, and yet our relationships with those abused, with each other, and with our priests have been changed by the fact that this abuse occurred within our family. That is why healing will require work towards reparation on the part of all Catholics (in different ways depending on our places within the Church) even though most of us hold no personal culpability in the sins themselves. - Darwin Catholic

In a two-country race to kill as many foreign babies as possible: " The head of the World Health Organization signaled Wednesday the United States -- not Canada -- was on the right track over the question of supporting access to abortion services amid an international bid to improve child and maternal health. Dr. Margaret Chan ... added: "I am very pleased to see the change in President Obama -- this is really wonderful; sometimes ... it is not easy for outside people to tell them what to do."... Let me make note of the fact that the World Health Organization is the kind of organization that has a director general who considers killing babies "really wonderful." - Tom of Disputations

In Roe v. Wade, the keen-eyed Justice Harry Blackmun secured the right to procure and commit abortion by discerning a sacred and inviolable right to privacy hidden among the penumbral emanations of the Constitution. Obamacare will force Americans to buy health insurance, which involves disclosing private medical history to an insurance company. Not that the Constitution means anything anymore, but wouldn't it be sweet irony if Roe v. Wade made Obamacare unconstitutional on privacy grounds? - Bill of "Summa Minutiae"

Often poetry is taught in school as though each poem were some sort of rebus or puzzle that needs to be deconstructed, analyzed, and reconstructed to the specifications of whatever the present school of criticism is teaching about poetry.  Most people approach a poem as though it were some sort of exotic and potential deadly animal ready to unleash its fury at the slightest provocation. I think we have Eliot and Pound to blame for that--purposeful obscurity and the creation of the rebus/puzzle poem.  But most poetry before the twentieth century, and a good deal during and after is not at all like that.  A poem is an invitation to take a break, to share a moment with the poet, to see as he or she does.  In that seeing you'll sometimes get a message, but if you don't, it is the seeing that is the thing after all. - Steven at "Momentary Bliss"
Posted by TS at 10:08 AM
Labels: Spanning the Globe