From Inside Catholic, when and if ancient Rome knew it would fall...

...Dawn Eden has a master's thesis on Theology of the Body contra-Christopher West...

...and from First Things a look at fertility and suicide rates as a guide to the happiest countries. Israel was off-the-charts, and my brother-in-law says that's due to the strong religious following of most Israelis, but I tend to wonder if it isn't just due to the fact that they're fighting for their existence, ala America during the WWII-era, and that is somehow energizing/enlivening. Their fertility rate may be part of that war. (Or as one commenter put it, "perhaps one reason Israelis don’t want to kill themselves is because there are so many national neighbors willing to do that for them.")


* * *
It seems extraordinary that Louisianans sleep an average of 8 hours and 44 minutes per day. Wow. 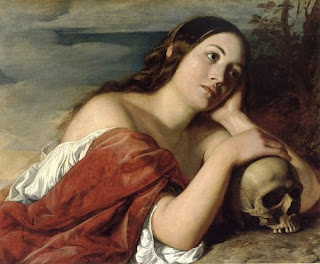 * * *
It seems as though Faith is like a brick building that is dependent upon each and every brick such that if you pull one out - say, the belief that something went wrong with mankind in the earliest time - then the building becomes a much more wobbly edifice. Had a faith discussion with someone recently who shrugs off original sin as a myth, but then it seems you run into the unsolvable problem of God being responsible for human suffering. There's also a world of difference between God becoming man and Jesus being simply a man with God-like powers. It's much different to say that someone has powers, rather than someone IS power.