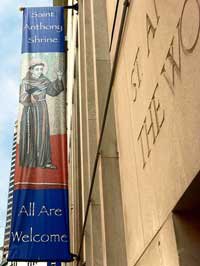 Above me a blue skylight, or "solatube" casts the dying rays downward. The blue gets deeper and deeper as time passes. Ten feet away stand the stalwart volumes of the 1911 Britannica Encyclopedia, standing athwart history yelling, "Stop!" How gladsome those soldiers make me feel! They seem too distant from my recliner, and so I imagine ways to integrate them more fully into my life without risking that they lose their salt, so to speak. Right now I look more than touch.

So I have a broad margin of time today as I hole up in the "temple of peace", the library, and read the novel "Open City" by Teju Cole which includes the 'graph:

"His reverie took him out of the everyday, away from the blankets and the bag of urine. It was the late thirties again, and he was back in Cambridge, breathing the damp air of the fens, enjoying the tranquility of his youthful scholarship."

Now I have this dream stretch of time available on the heels of a beer-free Saturday (a chance to spare the liver and cleanse the palate, or vice-versa.) Got the Bengals on the DVR for later, their fate not necessary for current conditions. For now I drink a Two-Hearted Ale, a crisp remnant from vacation bliss, while reading and writing. I finished "The Marriage Plot" yesterday, experienced the dubious ending but can find little fault in a writer that so engages.

On Guadete Sunday I read Pope Paul VI's apostolic exhortation "On Christian Joy", which cleansed me of any irritability. I was filled with joy, appropriately, especially when the pontiff, with exquisite sensitively, said that we need not be discouraged if we're not full of Christian joy just yet. To my mind, we've had a good long run of excellent popes, from John XIII through the present one. It's fitting somehow that Paul VI, so long type-cast as the shepherd who was mournful and depressed, writes on joy such that even some thirty-five years later, a priest at a parish in downtown Columbus takes the time to print off copies for parishioners.

Watched an HBO documentary on a private detective in Calcutta, fascinating on both a human and photographic level. Then COPS ("Ho, Ho, Ho!" about prostitutes -- always figures of interest given that they sell their souls, it seems. It may be the world's oldest profession, but it also seems the most... disturbing.)
Posted by TS at 11:18 PM