Too cool -- Columbus's La Santa María de la Inmaculada Concepción was apparently found just ten feet or so down on "a coral reef off of the northern coast of Hispaniola, or near Cap Haitien in Haiti."

I pass by a replica of the Santa Maria docked in the Scioto River every day home from work and just three months ago I visited Labadee, which is only about 2-5 miles away from shipwreck.


The Santa María had a single deck and three masts. She was the slowest of Columbus's vessels but performed well in the Atlantic crossing. After engaging in festivities and drinking, Columbus ordered that the crew continue sailing to Cuba late into the night. One-by-one the crew kept falling asleep until only a cabin boy was steering the ship which caused the ship to run aground off the present-day site ofCap-Haïtien, Haiti on December 25, 1492, and was lost. Realizing that the ship was beyond repair, Columbus ordered his men to strip the timbers from the ship. The timbers from the ship were later used to build a fort which he called La Navidad (Christmas) because the wreck occurred on Christmas Day, north from the modern town of Limonade, Haiti. 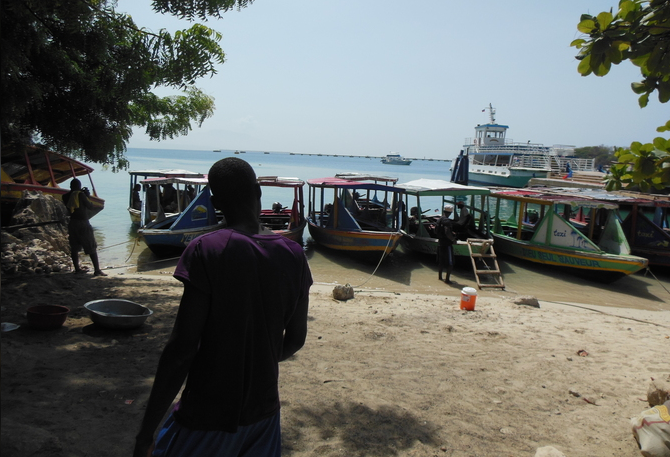 And from author Arthur Fournier: 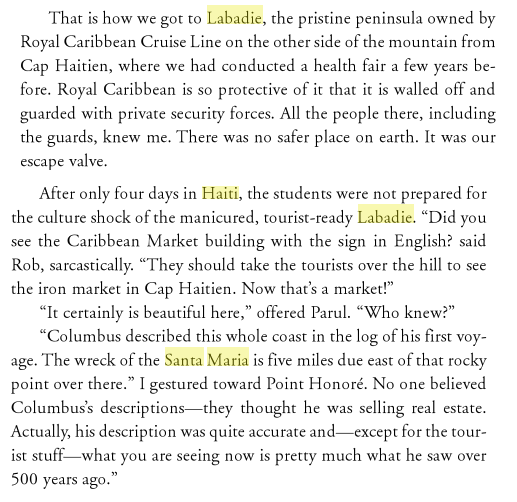 Posted by TS at 2:18 PM
Labels: for the archives