I don't go to the attractive Feedly app/website to read blogs too often despite the fact that I find the treasures contained therein more energizing and enlightening than, say, Facebook. But oh what a thick symphony of inspirations and intrigue it contains! Art appreciation. Music appreciation. The fascinating Fulton Sheen controversy. The words of classic scholars from long ago. The words of monks and near-monks (Heather King).

Before dipping my toe in Feedly I listened to a couple Metropolitan Museum of Art talks, and then heard the complete Mahler 1st symphony for free via the Berlin Philharmonic offering. The wonders of the 'net don't quit.

On Fulton Sheen, my half-baked, could-be-completely-wrong impression is that Cardinal Egan didn't care about losing Sheen's body or cause to Illinois, but then Cardinal Dolan came in and he likes having Sheen's body in the cathedral and doesn't want to give that up. There also could be some feeling that Sheen belongs in Manhattan after getting shuttled out to the boondocks in his later years. From my perspective, the highlight of St. Patrick's is that Sheen is buried there and I can't be alone.

Anyway, the whole thing surprises me if only because public dirty laundry between prelates is rarely aired. And it certainly doesn't make Dolan look good given the agreement made by Egan and the Peoria bishop in good faith. I feel sorry for the people who donated money to the cause now if the cause is indefinitely suspended.

From yesterday's first reading it's sort of ironic, perhaps, is how Paul says basically, “this is not written in Scripture but I feel that it is best…”. But what he's saying became Scripture!:


In regard to virgins I have no commandment from the Lord, but I give my opinion as one who by the Lord’s mercy is trustworthy. So this is what I think best because of the present distress: that it is a good thing for a person to remain as he is. Are you bound to a wife? Do not seek a separation. Are you free of a wife? Then do not look for a wife.

And indeed a Catholic commentary notes the tension:


Paul had not heard of any pronouncement of Christ on this subject. It does not mean that the rule which follows is only a private opinion of Paul’s. He speaks as an apostle, authorized to decide in Christ’s name.

I suppose that means that Paul's letter is binding only specifically to the audience immediately intended.

Much enjoyed Lino Rulli interview, of all people, the infamous Toronto mayor Rob Ford. I keep thinking Ford reminded me of John Candy, but it seems like Google tells me more people think of him as Chris Farley. Candy and Farley's comedic personas aren't too distinct, I suppose, and I think Ford does look more like Farley.


"My good days of work are those I begin by reading an ancient author, one of those that are called “classics.” A page is enough; a half-page, if only I read it in the proper state of mind…"


"The reading of Homer every morning, with the serenity, the tranquillity, the deep sensation of moral and physical well-being which it instills in us, is the best provision to endure the vulgarities of the day."

I used not to know the reason for these things.

When I discovered the reason it was Christ Himself who told me.

You ask Him this evening; He will tell you

And perhaps He will add the phrase which meant so much to me when He was explaining that universal salvation depends on the vocation of some to pay for all.

'You shall not escape from love.'

If in the Kingdom we ask the innocent who suffered for sinners, the poor who paid for the rich, the tortured who shed blood for the powerful, whether it is just or mistaken to pay so dear, we shall hear them tell us:

'It was necessary so that no-one might escape from Love.' “
–Carlo Carretto, The Desert in the City


Our first stop was at the Tetas de Pinedo. [Preparing a lecture once in Buenos Aires a refined friend urged me to call them the "Mamelones," that being a more elegant word, but tetas they are to the local people, tetas they are on the official maps, and so tetas they shall be in my work.] These are two large rounded hills, standing near each other and rising above the coastal plain with an appearance, as the name implies, extraordinarily like two gargantuan breasts.

I turned on the radio the other day while driving through my ramshackle post-industrial town, and I heard the adagio movement of a piece I know well, Mozart's Piano Concerto no. 27 in B-flat Major. I know it well because, when I was seven or eight years old, my mother had an LP of it that I would play over and over again. We had bought it while out grocery shopping; I had seen a display near the exit of LPs on sale for something like forty-nine cents, and this one had an image on the cover of one of Marc Chagall's designs for The Magic Flute -- Papageno, the birdcatcher -- though I didn't know this at the time. I begged my mother to get it. While driving the other day, I found that, though I hadn't heard the piece for years, I could sing every note of the piano solo and the melodic orchestral line. I noticed that the performance on the radio was actually played on the fortepiano, a forerunner of the modern piano, and that, delightfully, the soloist interpolated a fragment of Mozart's song "Komm, lieber Mai" into the cadenza in the coda of the last movement. 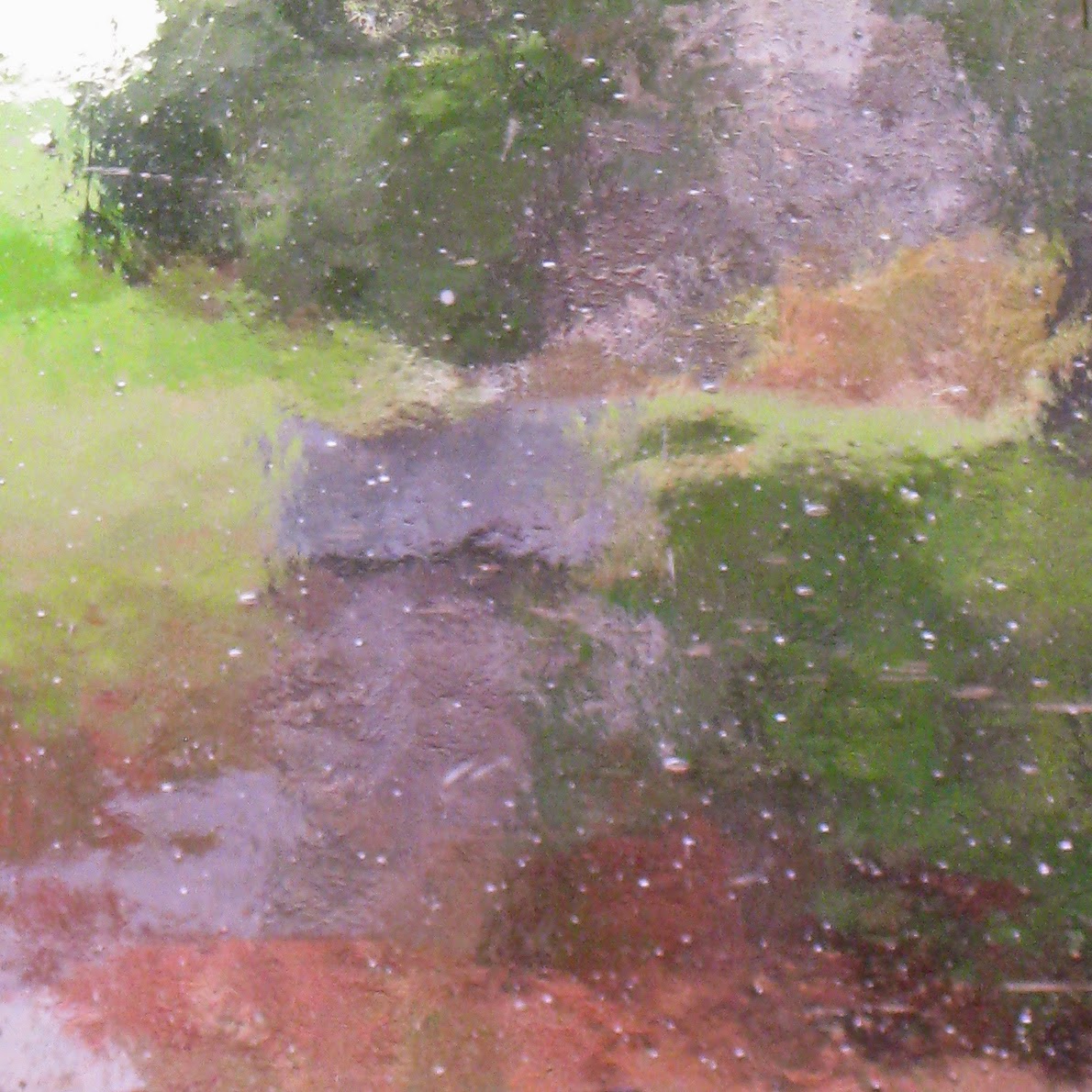 Jesus is real flesh and blood, resurrected and still here with us; and his place is always with the downtrodden and needy, for he is small like them. And this morning once again he pronounces God’s blessing on human poverty, a promise of blessing for all who are oppressed.

In some way our poverty is all we have to offer the Lord. There is too much- so many things exteriorly, more so interiorly; and we may feel like we are stuck with it all. In the monastery we become more and more keenly aware of the reality of our very real inner woundedness and poverty and our desperate need for Christ, a need, a longing to be mercied continually. It’s just the same old story.

But this poverty is everything to us; it is all we have to offer Christ, offer the Church - the reality of total dependence on the mercy of God from moment to moment.  Ours is certainly not the crushing poverty of the economically poor and destitute; we dare not compare it. Still it’s all we’ve got- all the stuff we’ve got no choice about. And we believe it’s the very place where blessing and mercy can intrude and take root- poverty as blest by God’s loving regard. We are truly blessed, when our poverty is blest as an emptiness to be filled to overflowing with Christ’s peace and most affectionate compassion. This is everything for us as monks. And what is more, we believe that our true blessedness depends upon our willingness to become ourselves mercy-doers, mercy-makers for all who are poor.

And so we hope, and each morning we go to the altar of God, the God in Christ who alone gives us joy and freedom and peace- his very self as food. So much needs yet to be accomplished and prayed through. Our lives lived together in this monastery help to notice and watch and pray.

From "Everything That Rises" blog: Our society’s model for the museum visit is All You Can Eat: you pay some portion of the exorbitant suggestion admission fee – now $25 at the Metropolitan Museum, I think – and then blast through the rooms, gorging on masterpieces, and wind up in the gift shop feeling stuffed, even sick.

It doesn’t have to happen that way.  With a free hour in Washington the other day, I popped into the Phillips Collection, near Dupont Circle, where admission to the current exhibit is $5 with a university ID and the permanent collection is pay-what-you-wish.

The current exhibit was of American work from the collection.  In an hour, I saw everything – well, everything except the Rothkos, which are hung (displayed is the wrong word, and so is exhibited) in a room where only three people are allowed at one time.  I saw everything – but I looked, really looked, at something like a dozen paintings, and no more. That way, I could hope to see them, really see them.

And I gave full attention to just one painting: Ben Shahn’s Still Music, from 1948.  There’s so much to see in it: the counterpoint between the soft washes of color and the firm line of the drawing; the several lines of horizontal movement (stand shelves, chair seats, chair hinges, stand bases) running over and along the intermittent vertical lines of the stands, like notation running across the bar lines of a piece of music; the tremendous energy of the painting working against the plain truth that the chairs and stands are empty. Here the music, made in this place for a certain passage of time, has gone wherever it is that live music goes.

The philosopher of art Richard Wollheim liked to spend an entire day at the National Gallery in London considering a single painting.  I could have spent a full day with Still Music.
Failing that, I now come up from the Metro at Dupont Circle relishing the knowledge that although the exhibit is over, the Shahn painting is part of the permanent collection — so is still in permanent residence nearby.