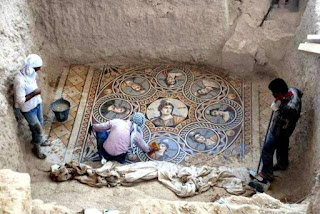 Read an article on why physical beats digital despite higher cost and less portability - it’s about control and ownership.  On the one hand, we're material beings and God made us that way.  On the other, I wonder if it's part of the reason faith in God has such a headwind these days.  People do seem okay with not having physical money but just a number in a computer bank account or a share of stock without the physical paper...:


”There's this cache attached to physical goods that is perplexing from an economic standpoint," says Carey Morewedge, professor of marketing at the Boston University. "The very feature that imbues digital goods with their unique abilities—their immateriality—is also what impairs our ability to develop a sense of ownership for them."

The ability to touch physical goods enables us to establish more of an identity-bond, creating ownership and value. That vinyl collection, in short, becomes a part of who we are in a way that a phone full of files does not.

Sales trends across a variety of media reinforce this idea. Though streaming is the fastest growing market in music, digital sales dropped again in 2016, while vinyl sales increased again for the 11th straight year... Meanwhile, the number of Americans who reported reading a physical book last year was at 65 percent, compared to only 28 percent for an e-book.

"People have a desire to control their environment," says Morewedge. "That greater control over physical reduces risk and reduces uncertainty, which imbues it with greater value."

I thought yesterday about how God rendered Zechariah mute and St. Paul blind after their encounters and how instead of seeing it as “punishment” for their past unbelief, as I traditionally have, one could rather see it as preparation for their mission ahead by carving out for them a time of silence, metaphorically speaking.

As the Cardinal Sarah book on silence says:


All activity must be preceded by an intense life of prayer, contemplation, seeking and listening to God’s will...Ours is a time of continual movement which often leads to restlessness, with the risk of ‘doing for the sake of doing’. We must resist this temptation by trying ‘to be’ before trying ‘to do’.”

So for Zechariah and Paul, they were given the gift of just “being” for awhile, which eventually led to Zechariah’s beautiful prayer as featured daily in the Liturgy of the Hours as well as the raising of John the Baptist, and for Paul of course the most frenetic activity for a would-be contemplative ever contemplated...

Tribalism is the new black, but I wonder if once we became a kritarchy about five decades ago, political tribalism became inevitable. Now that the Court chooses who lives or dies, you can justify people like Roy Moore and Donald Trump far more easily.

My lack of desire for travel - not including beach “travel” since that's simply a way to read without interruption - has waned significantly over the past decade or two. Can I pinpoint it? Perhaps after 2012, after we went to New Mexico, although the thrill had been declining soon after getting married. So an initial decline around age 36 and another at 49.

Is it the result of a jadedness? Or maybe a realization that other places/people were not so different, and I didn’t need to put others on a pedestal given that we’re all one human family?

Certainly I looked at the old Mexican women at the market in Mexico City in 2001 as if they were from another planet. They were intrinsically fascinating since they looked like they could be in National Geographic, having exotic dresses and deep-brown wrinkled faces. For one obsessed with externals as me, they would be intriguing.

But isn’t “foreign” relative when you look at it from a more religious perspective? Wouldn’t the man from Mars be, in some way, familiar to us in the sense that he/she/it was created by the same Father?

Or perhaps it could be that my desire to travel was related to poor self-image, seeing others as having something I didn’t, be they the contented ancient Mexican women or the ambitious and literate twenty-somethings of New York.

The proximate trigger today is that I came across an old Shirley MacLaine quote about how travel is often done out of a motive of self-discovery, something she sees as unnecessary given that in her words, “You are the universe. Explore you. The universe is in you. You are complete.”

And this day I also came across a quote from Kathleen Norris in “A Cloister Walk” that says “the communal recitation of the psalms works against [a] form of narcissism, the tendency in America to insist that everything be self-discovery.”

MacLaine and Norris come at it from different directions, MacLaine suggesting more self-discovery by going within, while Norris seeing too much of it to be a problem for Christians called to go outside of themselves. But they seem to agree Americans are really into self-discovery.

Today is a grey November day, an almost perfect specimen of that unlovely genre. The sky was a continual traffic jam of clouds, crowded as a gameday parking lot. It was “grey”, not “gray”, for the long “a” in gray connotes a more festive occasion, like the old definition of “gay”, or of pretty bays, quays or cays, no sun ray or lovely May. Yes, “grey” it is.

Last week was a pitiless week! I’m wrung out, strung out, and stand in need of a quaff of elemental Anglo-Saxon. Or mellifluous old French cobbled from wurst verse. I’m ruffled by want of a cigar. I need dollops of good sense, of reflection on Christ’s instruction that we carry our cross and give ourselves completely, renounce all our possessions, and put Him ahead of wife and mother, father and child, career or position. The harsh Bible verses sound like echoes of Stoic virtue.

I needed Mass to be open to this new climate of change in the organization, because change is endemic these days. We’re becoming lobotomized by IT and by meetings, a sclerosis that paralyzes. The big driver of it is Big Data. Big data requires turning the keys to the kingdom over to the IT department. And that entails plentiful meetings because IT is a bureaucratic meeting-centric organization and they need to learn our business rules from scratch. It’s labor-intensive. Team-oriented. All those things that I recoil from.

Today’s morning prayer included the words of St. Paul that could be applied to all the saints, in that they seem content with the obstacles that God seems to allow to happen even (especially) when proclaiming the gospel:  “I shall be very happy to make my weaknesses my special boast so that the power of Christ may stay over me, and that is why I am quite content with my weaknesses, and with insults, hardships, persecutions, and the agonies I go through for Christ’s sake. For it is when I am weak that I am strong.”

I think of all the hardships that even the Blessed Mother had to endure, the greatest which was watching her son die. And I think about how hard Mother Angelica had it, with the stroke and all the family dysfunction growing up. Or I think about the relatively minor incident how St. Teresa of Avila was thrown into mud and said to God, “if this is how you treat your friends, no wonder you have so few of them!”

The answer could make some sense read in light of St. Paul’s idea that these weaknesses guarantee Christ’s power staying with us. A powerful motivation, although admittedly power is not what we should be chasing after but love.

Appreciate the frank view of German regions by Patrick Fermor, who called the Rhinelanders civilized, the Bavarians a tad aggressive and perhaps ruthless, and the “diligent and homely Swabians” (ouch! I’m a descendent of Swabians from Baden.)

The impressions of Bavarians included this: “wrinkles and deep eye sockets, of friendly warmth and hospitable kindness” (sounds exactly like a certain Pope Emeritus).
Posted by TS at 10:17 AM