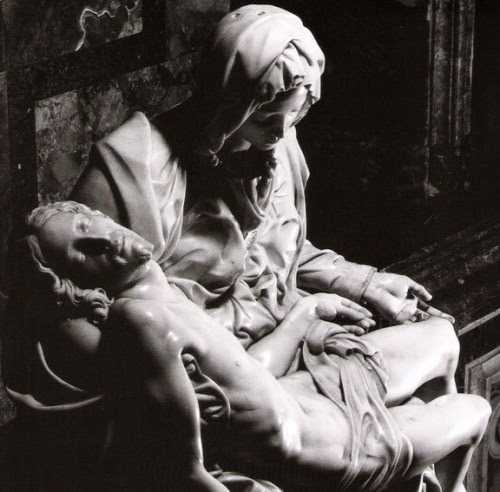 I could profitably meditate, perhaps forever, on the startling truth that man was made in the image and likeness of God and that therein lies the source of our dignity.

I recall a decade or so wondering why the Church thought the modern world devalued ourselves. Isn't it rather the opposite, that we are making ourselves gods? And yet I see the wisdom in it now: we undersell life at every opportunity, most notably in killing our unborn. A million babies a year dying says, in an especially stark way, that we don't value life. That existence is not necessarily better than non-existence. That was brought home to me in a conversation with a co-worker who was in favor of abortion for those who would be born in poverty.

Do we see others as so infinitely precious that God with sacrifice Himself to Himself for each of us? That is such a hard vision to maintain. We are, after all, abundantly numerous. There are billions of us in the world. We are not cheap or rare in the way a diamond or gold is, not scarce in material terms. But we are very dear in spiritual terms. And we suffer, in small ways or in large, and suffering in life tends to make us think life is worth less, that it's more burden than gift and in old age or sickness euthanasia becomes attractive. We judge life on the pleasure it brings us rather than the goal of virtue and Heaven.
Posted by TS at 9:39 AM

I kick myself regularly for not remembering where I came across this, but I read that being made in the image and likeness of God means we are designed to sacrifice ourselves for others.