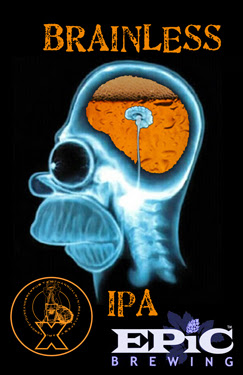 A recent study showed that books today encourage materialism in young children, but given that the book itself is a material object I wonder if books themselves don't encourage the same.

Started reading an execrable book that I thought might be a thoughtful critique of the personal financial industry but turned out to be a Communist manifesto that preaches that saving is a waste of money unless you're lucky and the government needs to guarantee everybody an income. Unduly irritated me. People have a right to their opinions sans my irritation.

But it's hilarious how she spends the whole book attacking people like Dave Ramsey, who preaches against getting into debt (how horrible!) and then, in the last paragraph of the books asks “what can be done?” And her answer was “let's have a national conversation about money.” Brilliant. The lib answer to everything is let's talk about it or throw money at it. Usually the former is designed for the purpose of doing the latter.

Was helplessly obsessed last week by the chase of the two perpetrators of the Boston Marathon bombings.  I was toast as soon as I heard about how there was a firefight that night and thereafter compulsively checked Twitter and Drudge hoping for capture of the second suspect.  It reminded me of how transfixing the OJ Simpson chase was.

It's still stunning that the guy could evade capture on foot for so long, that he could escape the initial firefight like that.  You never see that on COPS, ha.

The FBI did well to identify the suspects, though one would expect as much given all the cameras on the street, but all those cops and a) they couldn't keep their suspects under wrap in the shootout b) they couldn't find him despite a shutdown of the city and surrounding areas - a woman eventually found him by noticing something amiss. It's easy to second guess though.

Reading Tsarnaev's tweets, I came to a few that well describe the downside of religious certainty. He said he loved debating religion and demolishing the beliefs of infidels. How not to do apologetics, ha.  You can see how he respects power, domination (not "submission" at all, said to be the meaning of "Islam").  He calls himself a "lion" and uses it as his avatar.  How different from the Christian's use of the cross or lamb, those symbols of weakness!  He retweeted a couple posts about the pope: "'The guy announcing who the pope is looks like he's gonna kick the bucket any minute now.' Ahahaha" & "the f--- does the pope do anyway?", the latter shades of Stalin's query about how many divisions the pope has.

I decided to join the Folio Society since I could purchase the four volumes apparently over the course of seven hundred years. At least I didn't see any timeline. So I'm figuring a $50 book a decade won't harm nobody.

And is if that isn't enough (and it should be), I (rather ironically) ordered the Popular Patristics set from Logos, the one where St. Basil is telling us to “simplify, simplify”. Very Thoreau-ian there. Also pre-ordered the Sacra Pagina set, which was pretty much a no-brainer. Relieved not to have dropped the cash on the Hermeneia set.

Beware the ball field industrial complex: There are new soccer fields springing up everywhere in my neck of the woods. Turn a corner and there's another. In my curmudgeonly moments I think: “we played in our back yards and liked it!” But it's not really true because we had ballfields too, baseball mostly. Anyway makes for good dog-walking when, as is typical, they are not in use.

Surprised by my nephew's 8th grade graduation party. Defining achievement downward? In my day we had a high school party and that was it. What's next, Kindergarten graduation parties?

I do wonder the same of my own compulsive journal scribing, about the narcissistic angle:

While [David] Sedaris says his partner sometimes wonders whether the impulse to write almost exclusively about one's own life is a sign of narcissism, Sedaris understands his compulsion to journal and compose personal essays differently.

“I mean, I think everybody thinks about themselves,” he says. “This seems to me like a part of the obsession with it is just as a writing exercise, really: I write in my diary, and that kind of warms me up, and then I move onto other things.”